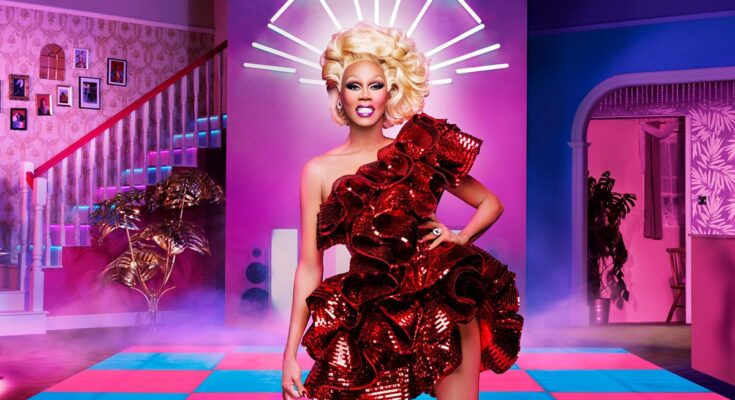 RuPaul’s Drag race is a reality competition series and obviously, it does not need much introduction. The UK-based version of the show has two seasons till now. The third series of the show will be soon drop out. The first two seasons of the show were premiered on 3rd October 2019 and 14th January 2021 respectively. The second season was massively affected by COVID-19, but this time makers are hooping around the best.

But before anything, the production team has already dropped out of the list of competitors that are going to give each other a hard fight in Drag Race season 3. Read below to know more.

The series is going to have 12 participants just like the previous two seasons. Drag Race UK Season 3 cast is given below:

You won #DragRaceUK fans. Enjoy the queens ruveal, I hope it makes you very happy. pic.twitter.com/ZAWoLTgU9z

Certainly, all the faces are new except Veronica. Green had to, unfortunately, pull out from the last season because she was tested COVID-19 positive. However as promised, makers have allowed her to begin again and thus she is going to be one of the competitors.

Another special member of Drag Race UK Season 3 is Victoria Scone. After casting Scone, the makers have written history. She is going to be the first cis woman to participate in Drag Race UK season 3.

Who are the guest judges and regular judges of Drag Race UK Season 3?

Last season’s judges were incredible but this time it is going to be more fun. Drag Race UK season 3 will include guest judges Baby Spice, Emma Bunton, and Michelle Keegan. Moreover, Sir Elton John will also join the guest judges of Drag Race via video link.

Michelle Visage, Alan Carr, and Graham Norton will be the regular judge of Drage Race UK series 3. Norton and Carr were featured as regular as judges at the beginning of Drag Race season 2.

Click here to read about “iKon’s Type: One Summer Night”.