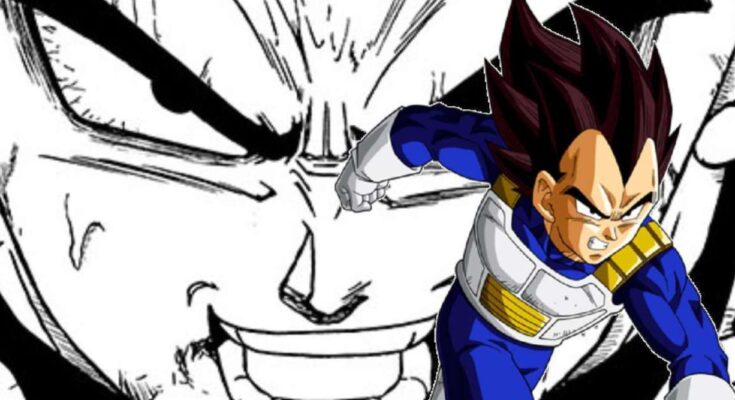 Much like Piccolo and Majin Buu, Vegeta began his career in Dragon Ball Z as a villain but eventually found himself being influenced by the people of Earth and fighting for good, but the latest chapter of Dragon Ball Super’s manga didn’t just give the Prince of the Saiyans a new transformation, it took us to the past for the Saiyan warrior. In fighting against Granolah, Vegeta has decided to take a decidedly different approach in battling the last Cerealian, taunting him and claiming that their battle will result in his race being eliminated from history once and for all.

Warning. If you have yet to read the latest chapter of Dragon Ball Super’s manga, Chapter 74, you might want to steer clear as we’ll be diving into spoiler territory.

Following Goku’s defeat at the hands of Granolah, the intergalactic bounty hunter who used his planet’s Dragon Balls to become the “strongest being in the universe,” Vegeta has taken over, attempting to finish what Son couldn’t. In staring down Granolah, Vegeta begins to truly enjoy his battle, noting that he is able to dive into his past thanks to a few elements in their current brawl:

“What fun. This feeling, it’s been ages. There’s no planet to protect. No people to save. Just me, immersed in battle. My happy place. Just the thing to get a battle-crazed Saiyan’s blood-pumping.”

Aside from Vegeta showing his more brutal side which was a major part of his character in Dragon Ball Z, we see a far more violent battle that sees the Prince of the Saiyans taking some brutal hits from Granolah, bleeding as a result. Pushed against the wall, Vegeta unleashes a new form which he seems to have learned from Beerus, which might be dubbed Super Saiyan God of Destruction, granting him a more terrifying look in the process.

Dragon Ball Super might not be as brutal as its predecessor when it comes to the death and violence that hung over the heads of the Z Fighters during that story, but it’s clear that the latest entry in Akira Toriyama’s Shonen series isn’t afraid to dive into darker territory, with Vegeta acting as the perfect character to take readers down that road.

What did you think of this latest chapter of Dragon Ball Super? Feel free to let us know in the comments or hit me up directly on Twitter @EVComedy to talk all things comics, anime, and the world of Dragon Ball.