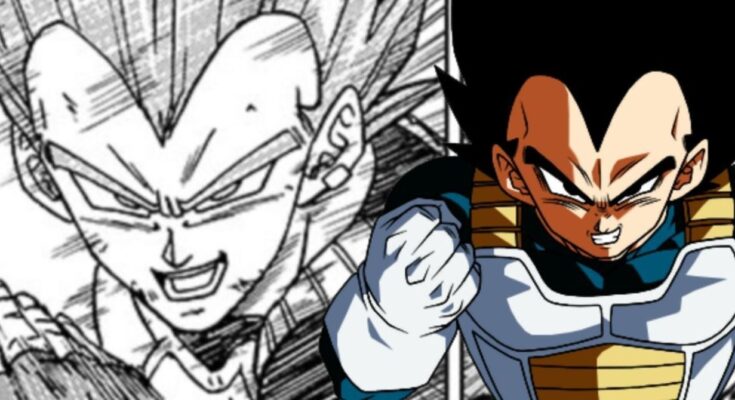 Dragon Ball Super explained why Vegeta loves fighting so much with the newest chapter of the series! If there’s one constant about him since being first introduced to the series, it’s that Vegeta loves to fight. As he has expressed at many moments through the franchise thus far, Vegeta’s pride as a Saiyan means not only does he get stronger through each fight (and thus fighting is literally in his blood), but he himself thrives on the challenge of it. But the Granolah the Survivor arc has been the first time Vegeta has been challenged about this philosophy mentally.

With the previous chapter of the series teasing Vegeta would be stepping into the fight after Granolah had defeated Goku, the newest chapter of the series kicks off their fight in full. His Hakai training with Beerus had challenged Vegeta to think of himself and his pride as a Saiyan warrior differently, and it seems that it’s rubbed off on his fighting. Because as he explains in the newest chapter, his love of fighting is now because there’s no set outcome to it.

Chapter 74 of the series sees that Granolah is carrying a much bigger chip on his shoulder into the fight than Vegeta is. Despite Vegeta trying to talk him down and saying that he and Goku are no longer tied with Freeza, Granolah refuses to listen and starts to feed into his blind rage and attacks Vegeta with more and more unique techniques. No matter what Granaloh does, however, Vegeta’s still very much confident in his victory and never quite loses the smile from his face.

Unlike the confidence he displayed before that led to many of his failed battles in the past, Vegeta’s happiness now comes from truly living in the moment and loving this fight against a stronger opponent. Granolah continues to strike him with powerful techniques, but this only makes Vegeta happier. No matter how much Granolah brags about being the strongest, Vegeta explains that the outcome in their fight is never quite set.

He’s grown stronger throughout their fight, and the struggle has truly gotten his blood pumping. It’s gearing up for what could be Vegeta’s first major arc victory in quite some time, and is looking even better with the debut of his new form. But what do you think of Vegeta’s fight against Granolah so far? Let us know all of your thoughts about it in the comments! You can even reach out to me directly about all things animated and other cool stuff @Valdezology on Twitter!