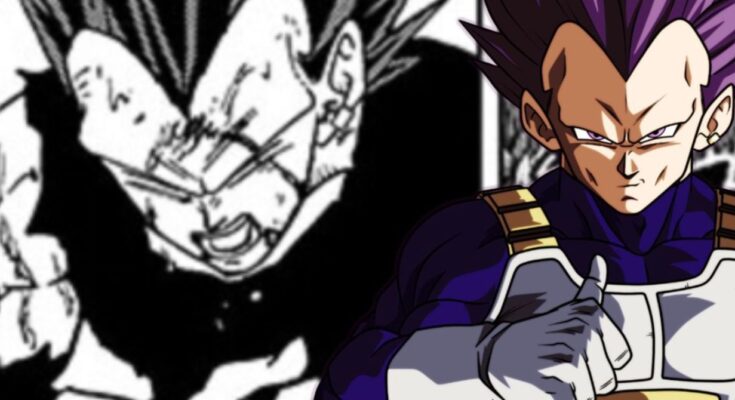 Dragon Ball Super revealed the major flaw with Vegeta’s new Ultra Ego form in the newest chapter of the series! There were many questions about Vegeta’s next stage of power ever since he first debuted it at the end of Chapter 74 of the series, and thankfully as the fight with Granolah continued Vegeta explained the ins and outs of his new power. At the same time, however, Vegeta’s newest form also carries a major flaw with it that he’s going to need to fine tune through training much like how Goku still is quite far from his full mastery of Ultra Instinct.

After tapping into a powerful new form with the newest chapter of the series, Vegeta officially reveals its name is “Ultra Ego.” He explains that it grows in power the more his fighting spirit begins to burn, but that’s also where its major flaw comes into play. Because while Vegeta’s use of Spirit Fission and Hakai abilities makes this a perfect form for him, it also gives him a major weakness as he needs to take on attacks directly to boost its power.

Ultra Ego is revealed to kind of be the ultimate Saiyan weapon. As Saiyans grow stronger through fights and damage, Ultra Ego speeds up this process as Vegeta seems to get more powerful with each attack that Granolah lands successfully. This means he willingly throws himself into danger on the chance it boosts its strength, but each of these attacks deals damage to Vegeta’s body in real time. This means his body continues to deteriorate the more he fights in this form, and he hits his limit quite quickly.

It’s a form that like Goku’s Ultra Instinct that Vegeta can only use for a limited time right now. The major difference is that while Vegeta seems to have full scope of the control, his road to mastery will be fortifying his body physically and figuring out how to take this much damage to boost his power. Since he willingly dives into attacks rather than dodge, it’s going to be harder to overcome the major flaw of this new form.

But what do you think? How are you liking Vegeta’s Ultra Ego form so far? Is there a way to master this ability and not take so much damage while still burning his fighting spirit? Let us know all of your thoughts about it in the comments! You can even reach out to me directly about all things animated and other cool stuff @Valdezology on Twitter!