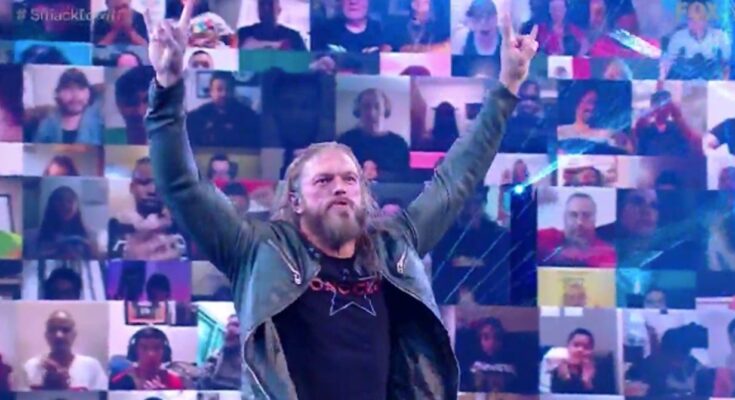 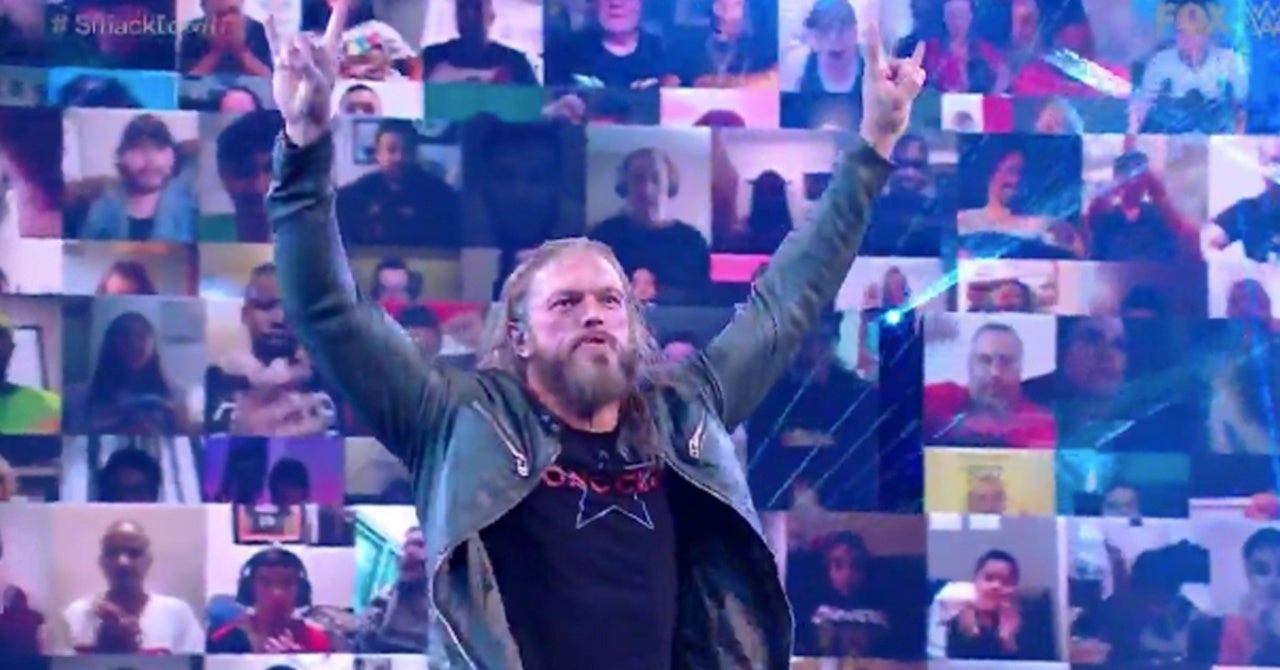 Edge kicked off tonight’s SmackDown after his big return last week, where he thrashed Roman Reigns after the Tribal Chief said there was no other competition for his Universal Championship. Edge was in good spirits when he hit the ring, and said “WrestleMania was supposed to be the culmination of a 10-year story. Winning the Championship 10 years to the day after being forced to retire as the World Heavyweight Champion would’ve made for a hell of a story, wouldn’t It? And I envisioned it so much. I knew it would happen. And then it didn’t.”

“I didn’t see that coming. That wasn’t in my plans,” Edge said. “That wasn’t in my vision. Now. I’ll be fully transparent., it rocked me, so I took some time, but eventually in that time, I rolled the match back in my brain. Hell, I watched the match back, and I never do that. And Roman glossed over a lot of key points that happened at WrestleMania.”

Edge then said he could talk about his one fear of having Daniel Bryan in that match, and how he could’ve cost him the match, which he did. He then rolled through all of the things that happened where he had Reigns beat, and he said 2006 Edge would’ve complained about those things. But he said in 2021 he understands there will always be obstacles. “I don’t stop,” Edge said.

“Now, here’s the thing. Now that I’ve been in here with Roman one on one, I know I can beat him,” Reigns said. “More importantly, Roman you know I can beat you. We’re the only two that truly know because you felt it and I felt it. I know you’re never going to admit it, but I’ve got some proof.” He then put the WrestleMania match on the screen and showed when he had Reigns dead to rights with a bar in his mouth, showing Reigns’ eyes of fear. He then highlighted his own eyes and said that’s what someone looks like when they live in their opponent’s head.

“Roman, last week when you heard my music, the look on your face solidified what I already know,” Edge said. “You know deep down for whatever reason, no matter what it says on paper, I am the guy who’s got your number. I’m gonna beat you. It’s just a matter of when. I’m inevitable, and I’m going to be the universal Champion.”

Will Edge defeat Reigns/ Let us know in the comments or as always you can talk all things WWE with me on Twitter @MattAguilarCB!