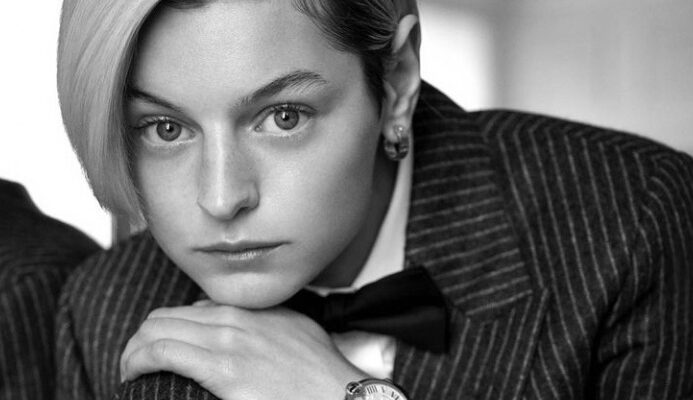 Period Drama fans have something to look forward to.! Bridgeton is old news, the upcoming period drama on Netflix is Lady Chatterley’s lover. It’s already generating a lot of buzz on the internet. The cast is amazing and one of the best British actress, Emma Corrin, will be a part of the period drama.

Netflix is currently in the process of adapting the famous novel which is also a steamy one. The drama is based on the novel by D.H Lawrence which is titled Lady Chatterley’s lover. The novel revolves around the affair of a noble woman with a gamekeeper on her husbands estate.

Emma Corrin who is also a part of The crown , will be playing the lead role in Lady Chatterley’s lover.

Apart from the famous brit actress Emma Corrin, Netflix announced that actors Matthew Duckett and Jack O’ Cornell have also been cast in the series.

The novel Lady Chatterley’s lover ruffled quite some feathers in the year 1928 when it was released. Almost a decade later and it is being turned into a show. The controversy that surrounded the show in 1928 was due to it’s taboo nature during that time and sexual terminology.

It has been quite a journey for the novel. It took almost thirty years for the full text of Lady Chatterley’s lover to be released. It was first released in New York City , and London got it in the year 1960.

The book has also been on trial due to it’s obscenity and it’s allegedly inappropriate sexual references. It follows the life of Constance Chatterley. She is married to a wealthy man who is paralysed from the waist down. Distant and lonely, Constance suddenly is drawn to the gamekeeper Oliver. She has to decide weather to break free from her loveless marriage or remain married. Jack O’ Conell will be seen as Oliver.

Filming of the show is set to begin in the fall in UK.