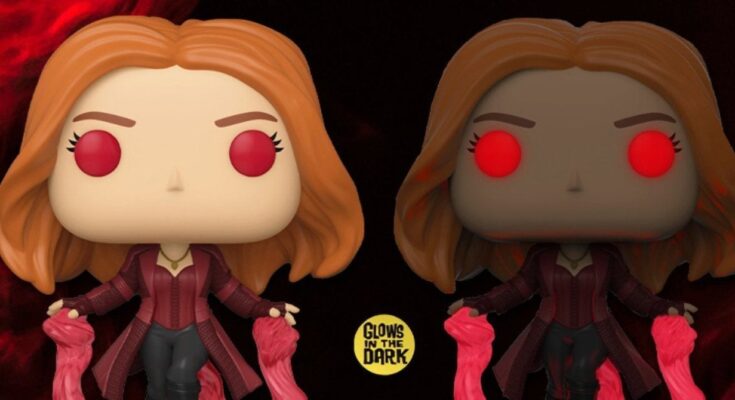 We saw numerous Funko Pops based on the Marvel Studios WandaVision series for Disney+ recently, but the latest Wanda Maximoff aka Scarlet Witch Pop figure goes back to the events of Avengers: Endgame. Specifically, the big moment when she confronts Thanos and says “you took everything from me” in the Battle of Earth.

This Avengers: Endgame Wanda Maximoff Funko Pop features Wanda floating in the air and powering up to take on Thanos. To top it all off, it glows in the dark – an effect that will look amazing on this figure. Pre-orders are live here at Pop In a Box now for $12.99 with a release date set for December. It’s an exclusive, so jump on it while you can.

The black light Galactus with Silver Surfer Funko Pop figure is a Previews Exclusive that you can pre-order here at Entertainment Earth now for $45.99. Once again, if you’re super lucky, you’ll find the extra rare Lifebringer and Fallen one Chase variant.

You can keep tabs on all of the biggest Funko Pop releases right here. Some recent headlines include: