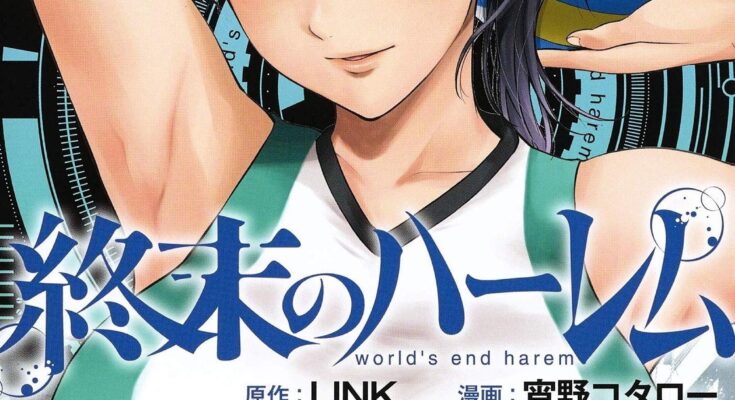 A history lesson about the controversial “World’s End Harem”

Written by LINK and illustrated by Kotaro Shōno, “World’s End Harem” is a Japanese Manga Series. On Shueisha’s online magazine Shōnen Jump+ the manga’s first part serialized from May 2016 to June 2020. Afterwards, a second part of the manga started publishing in May 2021. The second part titled “World’s End Harem: After World”.

The series tells the story of a World where 99.9% of male population is dead. The remaining 5 males are given the task of repopulating the Earth. In May 2021, it announced that the manga will be getting an anime series by Studio Gokumi and AXsiZ. Moreover, the anime will be directed by Yuu Nobuta.

The anime is set to come out on 2nd October 2021. With early subscription on Cruncyroll, viewers could watch anime on 25th September at 5 PM JST.

The controversies surrounding the anime

After the announcement the fans of the manga series got excited by the news. However, many anime fans criticized the idea of making this pornographic series into an anime. In fact, the Harem genre is quite controversial. Many criticize the genre for being misogynistic, damnable, and repetitive. The series contains very explicit NSFW content and a series like this will be censor into oblivion.

Threatened by the criticism and censorship it is not clear what will happen with the anime. However, fans will find out when the anime officially releases on October 2, 2021.

The most precious resource of the planet

The plot of the series follows Mizuhara Reito. A lethal disease called “The Man-Killer Virus” kills the 99.9% male population of the World. Mizuhara Reito, who has been in cryogenic sleep for the last five years, wakes up from his deep sleep. However, before going into the cryosleep, Reito left behind the girl of his dreams, Tachibana Erisa. After waking up Reito finds a whole new World. A world where he and four other males are the most precious resource of the planet.

Additionally, these five males given a task of repopulating the world by impregnating as many women as they can. However, Reito just wants to find his only love Erisa who, three years ago, went missing.

Also read: Get Ready for Some of The Biggest Anime Titles to Arrive in 2022!