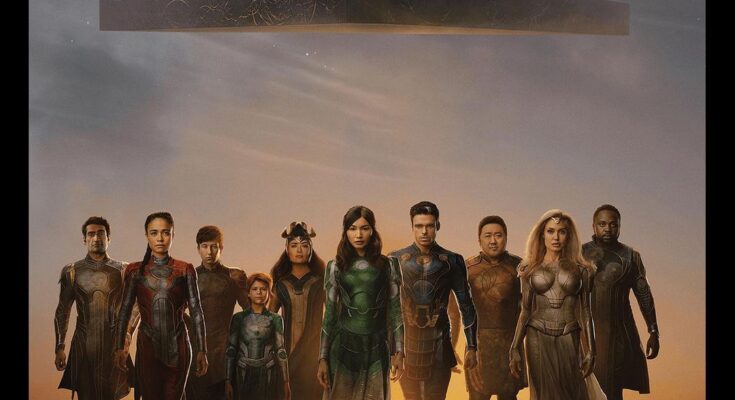 Eternals, based on the comic book series with the same name. It features a new team of superheroes, the eponymous ancient aliens who quietly protecting Earth for almost 7,000 yrs. A rising cosmic danger will force them to step out of the shadows to safeguard the Earth and its humans.

The movie is already in all set to release in theaters. Marvel Studios announced that the plot set in two separate time periods spanning decades.

According to the press release, the plot is divided into two parts that take place in two different eras. One of the storylines takes place in the past. When they were a powerful team and a connected nuclear family.

The next plotline takes place in the present. Once the gang has broken and split away, preferring to live among humans while disguised in clear sight. The Eternals must put their personal feelings aside and reassemble. Heroes need to deal with the Deviants’ new danger, that again threatens human life.

While the fact that Eternals is lengthier than Avengers: Infinity War and the other 23 MCU films is surprising, but it’s needed.

The Infinity War was capable of handling large crew so successfully. Because fans already familiar with the many characters however Eternals does not have that advantage. The only way for fans to engage with those primary Eternals is by devoting enough time in individual biographies and the team’s combined journey.

Nate Moore, Marvel producer says the film also attempts to cover a previously unexplored area of the Marvel Cinematic Universe. Similar to Black Panther and Shang-Chi and the Legend of the Ten Rings.

Moore continues, they want fans to experience a part of the Marvel universe they haven’t seen before. They want fans to learn about a mythology that is both a complex sci-fi film and a human story. Also, they want people to meet ten superheroes with whom they may potentially identify.

Angelina Jolie, Salma Hayek, Richard Madden, Gemma Chan, Kit Harington, and other celebrities star in Eternals. The film will be released in theatres on November 5 as part of the MCU’s Phase 4 schedule.