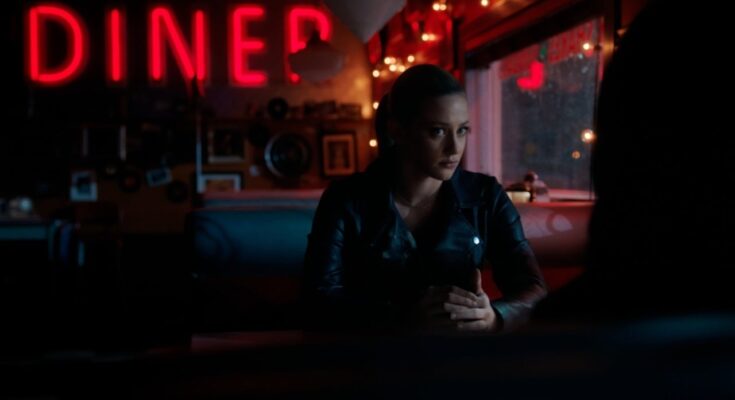 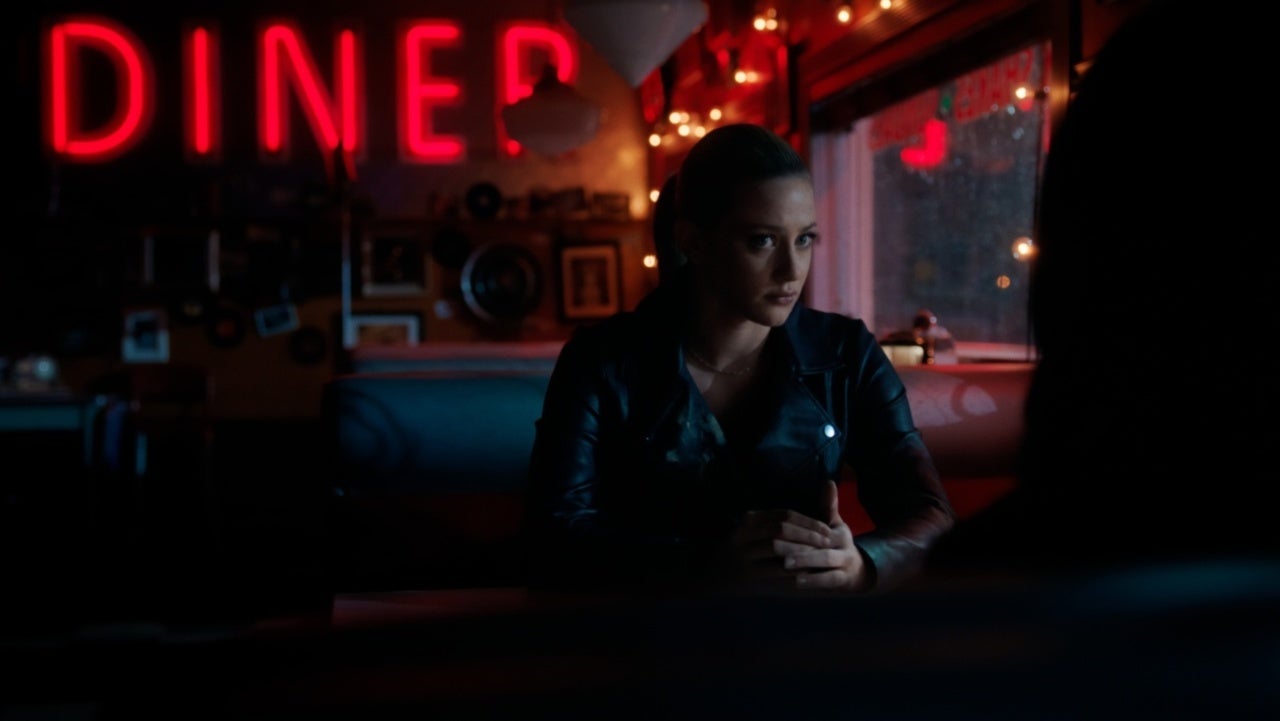 Riverdale’s fifth season is continuing to up the ante — and this week’s episode might be among the most bizarre yet. If you need to catch up on the most essential details and storylines from Riverdale‘s latest episode, we’re here to help. Here are the biggest reveals and Easter eggs from “Chapter Ninety: The Night Gallery.” Obviously, spoilers for Season 5, Episode 14 of Riverdale, “Chapter Ninety: The Night Gallery”, below! Only look if you want to know!

Cheryl invites Minerva over to the Blossom house, to showcase a number of new paintings that she’s made. Each painting represents a story of what’s going on in Riverdale.

The first painting is of Archie in a mining costume, who is undergoing therapy for his anxiety and PTSD from his time in the war. Cheryl visits Archie, Frank, and Eric and asks for help in harvesting the palladium in the Blossom maple groves before Hiram can get to it. Archie enlists a group of guys to help, and after Kevin briefly gets lost in the mines, Archie has a traumatic flashback, and eventually goes back to his therapist to get subscribed on anti-anxiety medication.

Reggie, Fangs, Kevin, and Archie continue to mine, and they talk about the Mothman while on a break. The next time Archie goes into the mines, he sees the Mothman, and he begins to grow paranoid that the medication he’s on is deliberately experimenting on him. Eventually, Reggie, Fangs, and Kevin also begin to hallucinate because of carbon monoxide in the mines, and Cheryl tells them to find a way to get clean air into the mines. Archie goes back to his therapist and apologizes, and she tells him to stay away from people until the hallucinations stop.

The second painting is of Betty surrounded by eyes and a chainsaw. Betty and Tabitha deal with the potential Lonely Highway Killer that they’ve kidnapped and are holding hostage. Betty talks to the man, who she’s holding in the school’s auto shop. She gathers a stack of photo of the Lonely Highway Killer’s victims and presents them to the man — and he admits to some of his crimes. Betty goes to Alice and asks for her to confront the Lonely Highway Killer, in hopes that it’ll convince him to confess to Polly’s murder. He does confess, but in a taunting away, and does not tell them where Polly’s remains are. Alice suggests that they just kill him, but Betty tries something else — threatening to torture him, in the same way that the Trashbag Killer threatened to torture her as well. As she determines what to do next, she comes back to the room and finds that the Lonely Highway Killer has committed suicide. Betty tells Alice that she suspects he wasn’t working alone, and might be “hunting” with his family as well.

The third painting is of Jughead, on a throne surrounded by rats. Jughead sits in Alcoholics Anonymous, recounting the story of how he found success as a writer — and became an addict in the process. After being signed on by his agent, Jughead moved to New York to become a full-time writer, and developed an affinity for Maple Mushrooms thanks to Jessica, which led to him writing his first novel. Jughead then invited Betty to his book release party, but when she couldn’t make it, he left her an aggressive voicemail. He then went on a three-day bender, which sent him to the hospital, just before Archie called him back to Riverdale. Jughead reveals that he went back to New York to figure out what happened to him, and he learns that he’d been in the hospital for rabies, and had hid in the sewers only to be targeted by a homeless man dubbed the Rat King, who he won over by reading him his novel. Jughead was later visited by a hallucination of Betty, who had convinced him to go back up to the surface and not die. When Jughead returned to the sewer later, he recognized everything, and found a copy of his book — which also contained fiction Jughead had written about the Rat King. Jughead revealed that he’d really been swarmed by rats when he initially fell into the sewers, and the whole experience had made him realize how alone is really is.

Cheryl presents Minerva with a fourth painting — of the two of them as goddesses. Minerva tells Cheryl that she still has feelings for her, but is leaving for a trip to Africa the next morning, so they decide to make the most of their time together.

Riverdale airs Wednesdays at 8/7c on The CW.