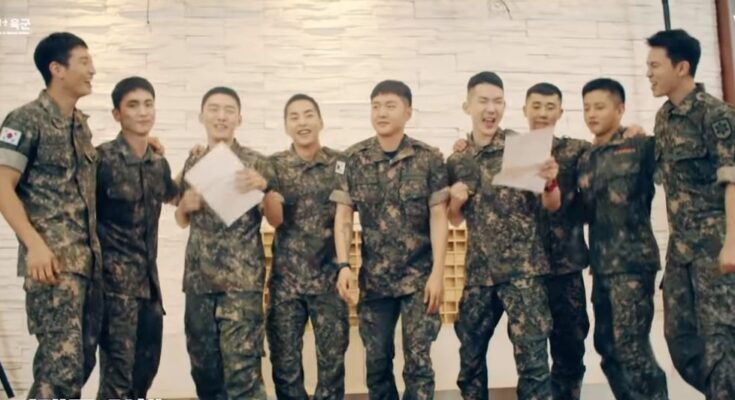 The Military musical is already hype among fans of EXO and INFINITE. But ever since we saw the pictures from the rehearsals people cannot contain their excitement. The music video will feature EXO’s Chanyeol, INFINITE’s Kim Myun Soo, and B.A.P’s Daehyun.

Further details about the song

The song is called Meissa’s Song and it will be finally shot within two months from now. Meanwhile, the song takes place at a fictional country called Kamur. In the story, there is a civil war going on. Which has been continuing for a long time. Meanwhile, in Korea K-pop auditions are being held. The other character in this story we have Raman who was born and raised in Kamur.He came back to Korea to look for soldier Meissa. Because he is the one person who gave him all his hopes and dreams.

Chanyeol is playing the role of Raman. However, Kim Myun Soo and Daehyun will portray the role of Joon Seok. They will be going to Kamur after volunteering to war. Moon Yong Suk will play Yeon Joon Seok’s friend. Meanwhile, Yoon Seon Ho is dreaming to work for the United Nations one day and contribute to world peace. However, the whole musical will revolve around the military and soldiers, but it will also tell and new and creative story by focusing on a new culture.

Everyone who is a part of this song is doing their best to make the song perfect. Recently we also saw some pictures of rehearsals being released. It can be clearly seen that how much effort everyone is putting into this song. Besides, due to the current COVID-19 situation, everyone is also wearing a mask and taking proper precautions.

Also read: Jung Hae In And Jisoo To Star In “Snowdrop”, The Makers Release The Poster Ahead The Premier Release In December