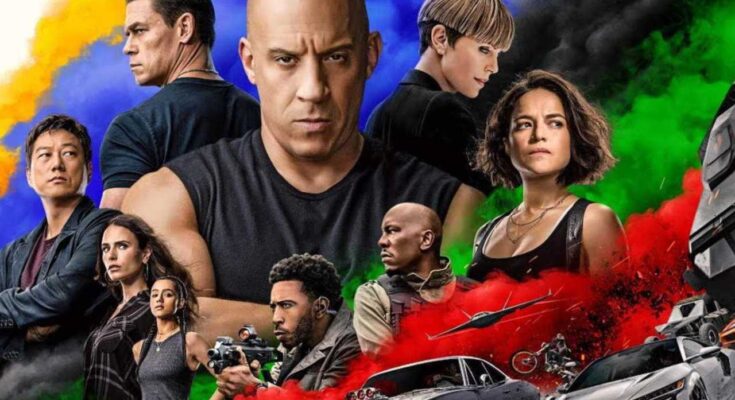 F9 is ruling the box office in its opening weekend. The film will set a new pandemic-era box office opening record by taking in $70 million in its first three days in theaters, $30 million of which it pulled in on Friday alone. This will give it the biggest opening for a movie since Star Wars: The Rise of Skywalker in December 2019. That’s in part because it is screening in more than 4,000 theaters, which is the widest opening for a recent movie, and a hopeful sign that cinemas are starting to come back to life after lockdown.

F9 has received mixed reviews from critics, landing it a Rotten Tomatoes score right on the line between fresh and rotten. ComicBook.com‘s Jamie Jirak gave the movie a middling score and review.

“The movie may be seriously lacking when it comes to writing, but no one is going to see F9 for Aaron Sorkin-style dialogue. We’re here to watch cars go fast and do the most implausible stunts possible. There was plenty of thrilling action, behind the wheel and otherwise, and that’s all that matters. F9 had me fully engaged and entertained for two and a half hours, so I’d call it a win for director Justin Lin,” she writes. “If you go into F9 ready to have some laughs, armed with the knowledge that it’s not as strong as five through eight, you’re going to have fun. Just make sure you stick around for the mid-credits scene, which made me squeal with delight.”

What do you think? Let us know in the comments. F9 is now playing in theaters.

Dom Toretto is living the quiet life off the grid with Letty and his son, but they know that danger always lurks just over the peaceful horizon. This time, that threat forces Dom to confront the sins of his past to save those he loves most. His crew soon comes together to stop a world-shattering plot by the most skilled assassin and high-performance driver they’ve ever encountered — Dom’s forsaken brother.

Following the deadly events at home, the Abbott family must now face the terrors of the outside world as they continue their fight for survival in silence. Forced to venture into the unknown, they quickly realize that the creatures that hunt by sound are not the only threats that lurk beyond the sand path.

The world’s most lethal odd couple — bodyguard Michael Bryce and hit man Darius Kincaid — are back for another life-threatening mission. Still unlicensed and under scrutiny, Bryce is forced into action by Darius’s even more volatile wife. Soon, all three are in over their heads when a madman’s sinister plot threatens to leave Europe in total chaos.

Despite his efforts, Peter can’t seem to shake his reputation for mischief among the other rabbits. Once he adventures out of the garden Peter finds himself in a world where mischief is appreciated, but soon his family come to bring him home.

Peter Rabbit 2: The Runaway is directed by Will Gluck, from a screenplay he co-wrote with Patrick Burleigh, based on the Peter Rabbit stories of Beatrix Potter. The film features the voices of James Corden, Elizabeth Debicki, and Margot Robbie., and stars Rose Byrne, Domhnall Gleeson, and David Oyelowo in live-action roles.

Estella is a young and clever grifter who’s determined to make a name for herself in the fashion world. She soon meets a pair of thieves who appreciate her appetite for mischief, and together they build a life for themselves on the streets of London. However, when Estella befriends fashion legend Baroness von Hellman, she embraces her wicked side to become the raucous and revenge-bent Cruella.

Cruella is directed by Craig Gillespie with a screenplay by Dana Fox and Tony McNamara, from a story by Aline Brosh McKenna, Kelly Marcel, and Steve Zissis.. based on the villain of Dodie Smith’s 1956 novel The Hundred and One Dalmatians and Disney’s animated film adaptation, 1961’s 101 Dalmations. The film stars Emma Stone, Emma Thompson, Joel Fry, Paul Walter Hauser, Emily Beecham, Kirby Howell-Baptiste, and Mark Strong.

6. The Conjuring: The Devil Made Me Do It

Paranormal investigators Ed and Lorraine Warren take on one of the most sensational cases of their careers after a cop stumbles upon a dazed and bloodied young man walking down the road. Accused of murder, the suspect claims demonic possession as his defense, forcing the Warrens into a supernatural inquiry unlike anything they’ve ever seen before.

The Conjuring: The Devil Made Me Do It is directed by Michael Chaves from a screenplay by David Leslie Johnson-McGoldrick, based on the 1981 Arne Cheyenne Johnson murder trial. The film stars Patrick Wilson, Vera Farmiga, Ruairi O’Connor, Sarah Catherine Hook, and Julian Hilliard.

In Washington Heights, N.Y., the scent of warm coffee hangs in the air just outside of the 181st St. subway stop, where a kaleidoscope of dreams rallies a vibrant and tight-knit community. At the intersection of it all is a likable and magnetic bodega owner who hopes, imagines and sings about a better life.

In the Heights is directed by Jon M. Chu, from a screenplay written by Quiara Alegría Hudes, based on the musical of the same name created by Hudes and Lin-Manuel Miranda. The film stars Anthony Ramos, Corey Hawkins, Leslie Grace, Melissa Barrera, Olga Merediz, Daphne Rubin-Vega, Gregory Diaz IV, and Jimmy Smits.

After moving to a sleepy little town, young Lucky Prescott befriends a wild mustang named Spirit, who shares her rebellious spirit. When a heartless wrangler plans to capture Spirit and his herd, Lucky and her new friends embark on the adventure of a lifetime to rescue the horse that forever changed her life.

During the Great Depression, Rusty Russell gives up a privileged position to coach football at an orphanage in Fort Worth, Texas. Whipping his young players into shape, they soon become an inspiration to their city, state and an entire nation.

Hutch Mansell fails to defend himself or his family when two thieves break into his suburban home one night. The aftermath of the incident soon strikes a match to his long-simmering rage. In a barrage of fists, gunfire and squealing tires, Hutch must now save his wife and son from a dangerous adversary — and ensure that he will never be underestimated again.

Nobody is directed by Ilya Naishuller from a screenplay written by Derek Kolstad. The movie stars Bob Odenkirk, Connie Nielsen, RZA, Aleksei Serebryakov, and Christopher Lloyd.