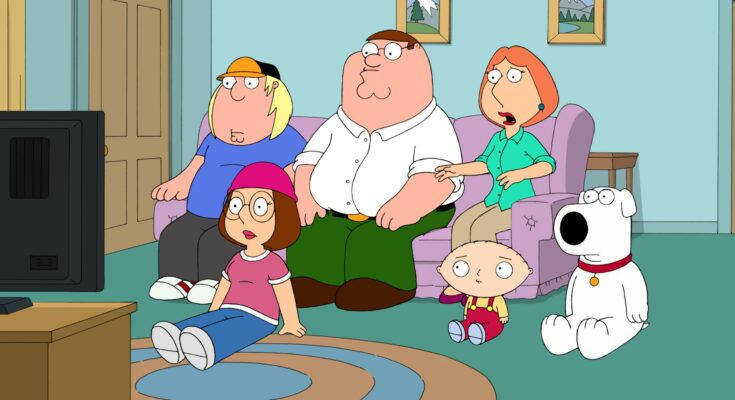 According to Michael Thorn, Fox Entertainment President they do not have an immediate plan to end Family Guy. Despite the exasperation of Seth MacFarlane, the creator of Family Guy, the network is not giving up on the show.

The impact of the Disney-Fox merge

Since the beginning, Fox network has managed to come up with pretty good animated stuff. Given that the credits go to the shows Family Guy, Bob’s Burgers and, The Simpsons. This has been one of the main reasons for the renewal of the shows last year. But, due to the Disney-Fox merge, these shows have proven to be quite expensive. The fact that they’re expensive has raised the question of whether to continue these shows.

Another threat to these shows is that the Fox network has been trying to come up with a new bunch of animated shows. However, none of them could beat the network’s current top three shows. Regardless of all these, the President of Fox Entertainment, Michael Thorn has confirmed that they have no intention to let go of Family Guy soon.

The creator of the show Family Guy, Seth MacFarlane has expressed his exasperation about the series airing on the Fox network. One of the biggest reasons for this is the corporate ties of the network with Fox News. Lately, MacFarlane tweeted to share his opinions with the public.

Tucker Carlson’s latest opinion piece once again makes me wish Family Guy was on any other network. Look, Fox, we both know this marriage isn’t working anymore. The sex is only once a year, I don’t get along with your mother, and well… I’ve been having an affair with NBC.

Seth MacFarlane also created two more animated shows with the titles The Orville and American Dad. While the American dad series is currently available on TBS, The Orville is available on Hulu. However, only the third season of The Orville is present on Hulu. Although American Dad first premiered on Fox, the network terminated the show in 2014. Thus, the series got shifted to TBS, where it’s considered a hit show.

Considering the number of shows that moved from Fox to other networks it might look like Family Guy will be the next. But, in an interview with Deadline, Michael Thorn, Fox Entertainment President made it pretty clear that they will hold on to Family Guy a few more years.