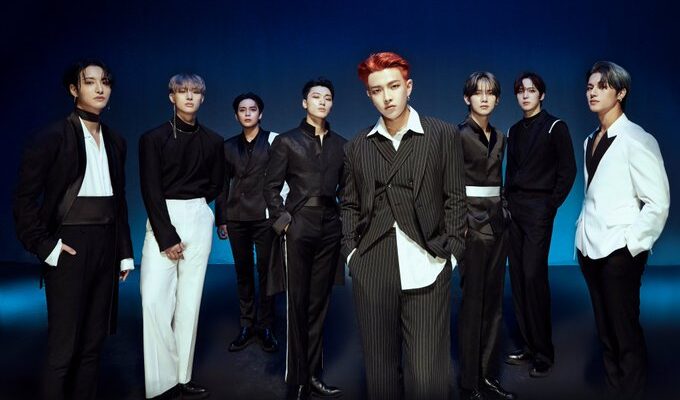 Just five months after the release of their sixth mini-album ‘Zero: Fever Part.2,’ ATEEZ will make a return on Sep 13, 2021. When it comes to part 3, it’s a very significant album for Atiny since they’ll be finally be able to see the entire gang back again.

After a long absence, Mingi’s reappearance will be his first comeback, and we can’t wait. A road map for their comeback has been released August 24, 2021. From that day onwards they unveiled several updates on part 3.

Deja Vu’s last MV teaser was revealed today, September 12th. In that teaser Seonghwa appears with little ponytail and fans are awestruck by that cute ponytail. All the members in black suit with shinning cars that too in black is breath-taking. Amazing walk by the members with cool look indirectly tells us more is waiting in the full video. Surely it will be their another masterpiece.

They’ve also released teasers and teaser videos. Even voting for the title track has been conducted for Deja Vu and Eternal sunshine. They released a teaser for their official music video for Eternal Sunshine yesterday, Sept. 11.
DÉJ-VU is an unnervingly dark song with the theme of going crazy for someone. And the band’s performance is no exception. Overall the teaser is dreamlike yet hot track.

In Eternal sunshine teaser is filled with colours and warming smile of members is extremely comforting.

On the other hand, Covid-free world, where we can live our “normal” lives again, is pointed at in the teaser.

“ZERO: FEVER Part.3” is one of their most awaited comebacks. Because of his injuries, Jongho was not present. Yet his vocals had a powerful presence anyway. In the past few weeks, ATEEZ has surpassed 810,000 pre-orders for their new album. MAKES 1 TEAM’ and ‘ATEEZ No Skips’ were listed in the top 10 trending topics on Twitter.