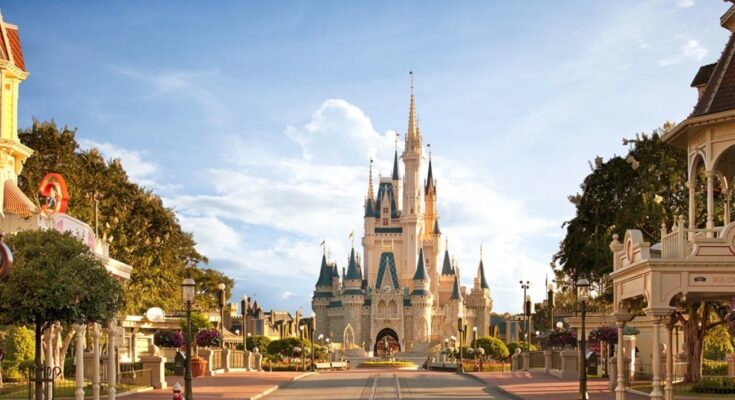 A scary scene took place yesterday evening as a fight broke out on a Walt Disney World ferry. The fight was captured on film and quickly made the rounds on both Twitter and Instagram yesterday evening. You can watch the a portion of the confrontation below, which features two groups of people shouting and throwing punches at each other. It is unclear what ferry the fight broke out on, or if any arrests were made after the fact. ComicBook.com has reached out to the Orange County Sheriff’s Office for comment.

The ferries are one of several ways to get from the Magic Kingdom parking area to the parks themselves. Ferries typically take about 10 minutes to get from the parking area to the park and back and are open-air alternative to the Disney buses and monorails that also get visitors to and from the park. Water transportation is also available between several of the resorts and Magic Kingdom.

Earlier this summer, one of the ferries at Walt Disney World was in a minor “marine accident” that resulted in four guests being treated for minor injuries. One of those guests was transported to a hospital.

Walt Disney World Resort is about to launch its 50th Anniversary celebration, which will feature multiple new lines and attractions. The first of these to open is Remy’s Ratatouille Adventure, a new trackless ride that’s located in the France pavilion. Other anniversary celebrations coming to the park include the addition of new statues to all four parks and the planned opening of several new rides, including the Tron Lightcycle ride, and the Guardians of the Galaxy: Cosmic Unwind and Journey of Water attractions at EPCOT. EPCOT will also open Space 220, a new restaurant with a space theme, in mid-September and recently debuted a new LED light system on Spaceship Earth. EPCOT will also debut a new Nighttime Spectacular show in October as part of Walt Disney World Resort’s 50th anniversary.

You can keep up with our full coverage of Disney Parks here.