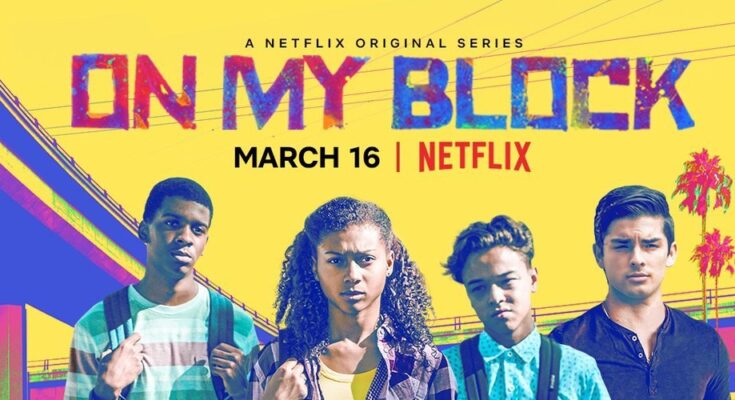 On My Block Farewell Trailer Dropped

The team is reuniting for one final adventure. On My Block back with for a fourth and final season. Season 3 debuted on the streaming service in early March 2020. Season 4 will launch on Netflix on October 4, 2021.
Following several months of waiting, Netflix on Jan 29 revealed that the Freeridge team would be joining together for one last incredible journey.

Season 4 of On My Block before starting to shooting gave a announcement that the upcoming episodes would focus on the friends split-up . With the time jump, viewers will be able to learn even more about their favorite characters said the showrunner.

The new teaser starts with the conversation between Monse and Cesar. They both discussing their future. Ceaser says to Monse that she will become a great writer. Ruby plans to follow the lead of his brother and enrol in a prestigious university he continued. As for Jamal he said he will find a way to move out. Ceaser ended the conversation by saying he have no choice but to live this life. As usual Jamal will make everyone laugh in this season too.

However what season 4 will unwind is still a mystery.

Season 3 ended on a tragic note, with Monse departing Freeridge for a private boarding school, following the season-long search for neighbourhood icon Lil’ Ricky, which resulted in Big Bad Cuchillos’ suspicious death. Ruby, Jamal, and Cesar escorted her away, swearing not to wander apart.

The show then added a shocking epilogue with Freeridge members after two years. That revealed they are no longer contacting each other. Monse is at boarding school, where he is making new connections. Jamal has returned the football squad. He is no longer speaking with Ruby, who is still hooking up with Jasmine. Cesar and Spooky appear to have switched places. Cesar is the Santos’ commander, and Spooky is a housewife who is expecting a child with his partner. Season 4 continues from here.

Also read: The Endearing Moments from ‘Hometown Cha-Cha-Cha’ that Made it Fans’ Favourite