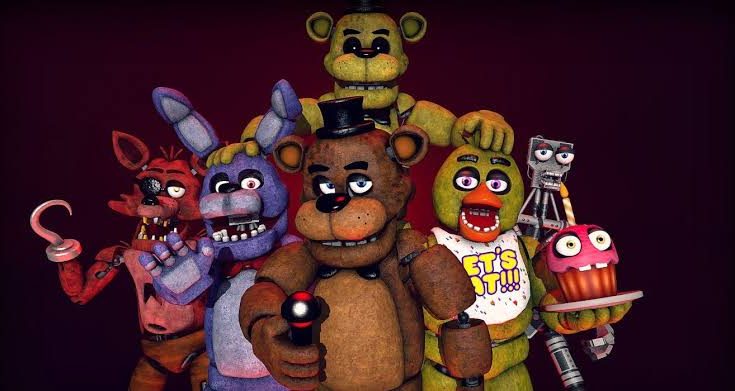 The news was confirmed by producer Jason Blum

The movie was first announced in 2018 and Columbus was attached to it. This would’ve been his first straightforward horror film. He had dabbled with horror when he wrote the script for 1984’s Gremlins.

A movie with roadblocks

Five Nights at Freddy’s is a project that jumps from roadblock to roadblock. The movie is an adaptation of the 2014 video horror survival video game that became a cult classic. In the game, the player is a security guard at a Chuck E. Cheese establishment full of animatronics, or robot puppets. The game had many successful sequels and spin-offs.

Blumhouse joined the project in 2017 as they specialised in horror. But they struggled with finding a good script that could please the game’s creator Scott Cawthon. Cawthon already rejected 9 different drafts. In the meantime, 8 sequels to the original game came out, with 3 spin-offs, 3 novels, and 12 anthology books. A Nicolas Cage film called Willy’s Wonderland, also having the same exact premise is out as well.

While speaking to Collider, producer Jason Blum mentioned that filming was supposed to begin this Spring. He didn’t reveal why Columbus exited, but he said that the script is “really tough to crack.” But he also added that they’re a long way from giving up.

Hopefully, a new director will join the project soon enough, and a script that impresses the creator will come. The game has a simple premise, and doesn’t need to try too hard at putting up a great show. It got popular due to the countless jump scares. And jump scares it will deliver.