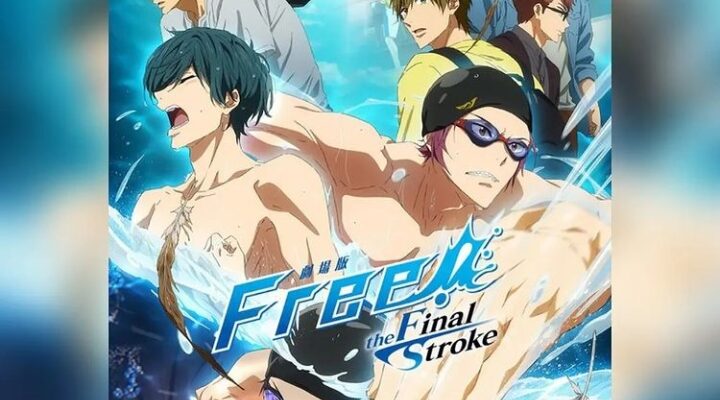 Free! Returns With A Two-Part Film

In the world of Anime the series ‘Free’ has a strong base. From 2013 it has entertained many fans. Also it has tickled the curiosity of the viewers over the years. With its new face it has returned to entertain the fans.

The new part ‘Free- The Final Stroke’ released the trailer on August 26. Due to many problems the trailer had faced delays. However it released a week after its actual date. Also the theme song is delayed. With a long discussion, the production house came to a conclusion to halt the song. Although the trailer was released with the theme song.

The Reason Behind The Delay

The vocalist from OLDCODEX, Tatsuhisa Suzuki who provided voice for a character announced hiatus due to poor health. His wife Lisa, a singer and wife of Suzuki too announced to stay away from everything and focus on mental health and fatigue.

So, it was a long story behind the delay from the vocalists. And the show’s trailer too faced the delay due to these reasons.

Fans were eager to know what’s in the trailer but the delay disappointed them badly. Eventually, it was released and fans were too happy to see their heroes in their favorite show.

The new instalment will be directed by the in-house director Eisaku Kawanami, who previously directed the series.

The ‘Iwatobi High School Swim Club’ once again bounces-back on screen. And the release date was announced to be on September 15. Also the second part is set to be released on April 22, 2022 in Japan theatres.

The show will continue from where they left. With Haruka moving to Sydney he is ready for his lifetime moment on the world’s stage. In the trailer he promises that he reached that level just to swim and not sway any longer.

So, as the trailer conveys Haruka and Rin will face many swimmers who are highly trained. With such big competition Free- The Final Stroke returns as the final instalment of the franchise.