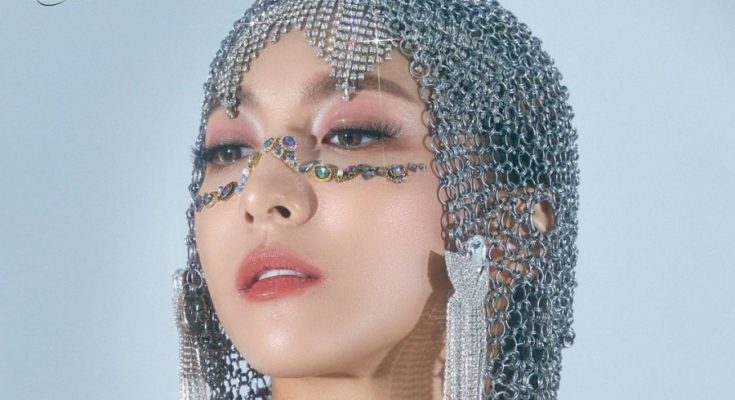 Back on September 15, the gifted singer announced via Instagram that she is going to release new solo music. Luna is returning with her first solo since 2019’s digital single ‘Even So.’ It also features B-side tracks ‘Do You Love Me’ and ‘Bye Bye.’

Luna had uploaded photos from a shoot with fashion brand Nine West, where she announced her comeback. In the caption, she thanked MeU, which is f(x)’s fandom and everyone else who supported her. She said that she is excited to return after a long time, and ended it by saying, “See you soon.”

Luna hasn’t disclosed the release date for her new single, but unconfirmed reports have suggested that it will be in October.

Luna hyped up her return further by releasing an image from her new single, where she was wearing a diamond headgear and accessories. She captioned it, “Coming soon.”

Her new release also marks her first music project after departing from her longtime agency SM Entertainment in 2019. Luna established her own agency named Grida Entertainment earlier this year.

f(x) debuted in 2009 under SM Entertainment. They had released four full-length albums, two extended plays, and one repackaged album. While the group hasn’t officially disbanded, they are all doing their own thing these days. The group originally consisted of 5 members : four members: Victoria, Luna, Amber, Sulli, and Krystal. Sulli left in 2015 to pursue acting, but committed suicide in 2019 after enduring cyberbullying.

Luna made her solo debut in 2016 with the mini album ‘Free Somebody.’ Afterwards, she released digital singles and even became a musical actress. She starred in musicals like Mamma Mia! and The Days.