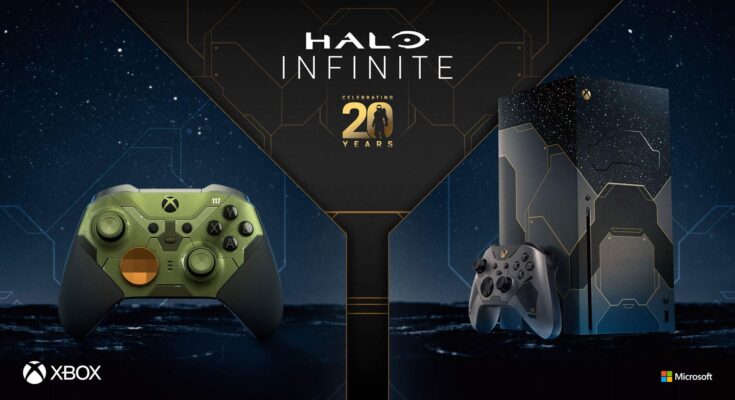 Big announcement on the go Halo Infinite gets a release date

Does Halo Infinite has a release date yet?

Yes, fortunately, we do have an official release date for Halo Infinite. It is going to release on December 8, 2021. As confirmed by Microsoft that alongside Halo Infinite release they are also releasing Xbox series X- Halo infinite limited edition Bundle and Xbox Elite wireless controller series 2- Halo Infinite edition.

Xbox is releasing a custom limited edition console. This console will include an Xbox controller and Halo Infinite which will be downloadable once you have set up the system. You will be facing the most ruthless Masterchief, who will be the villain of the game. It also features as seen from Zeta Halo A Cortana blue vent and dark metallic pedaling. The console looks beautiful with a gold-like finish. This will give you a whole different experience while playing Halo.

It features a Battle-scarred Mjolnir-themed design which gives your feel of Spartan warriors. You will also have a weapon charm controller. The pre-order for some of them is available now. So don’t wait further enjoy the best experience of Halo Infinite on the best console.