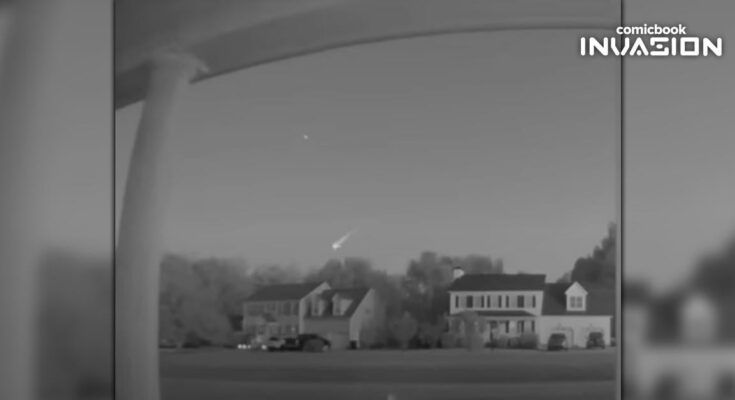 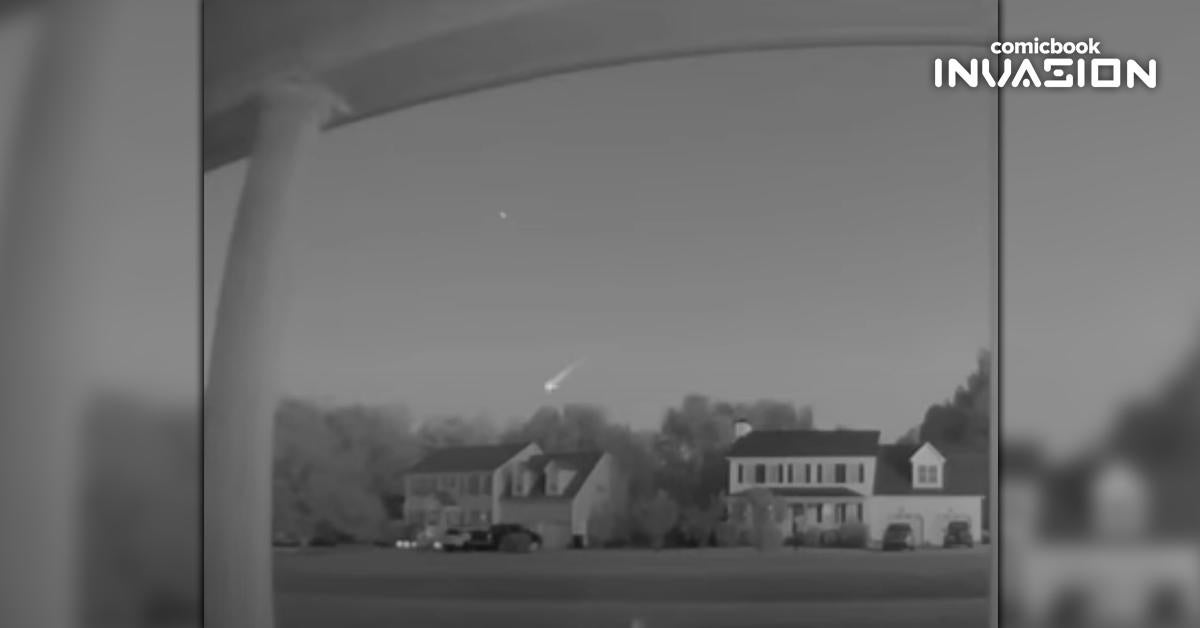 It’s a bird! It’s a plane! It’s a hefty chunk of somethin’ someone caught flying through the air on their Ring doorbell! A video captured last Friday in Rowland Pond, North Carolina has started to go viral after showing a massive fireball traversing the night sky. According to a report from CBS News, NASA officials say this particular video capture was taken around 7:40 p.m. local time and was one of five similar sightings across the country that same night.

On Friday alone, the AMS says it received nearly 150 fireball reports from a handful of Mid-Atlantic states including Maryland, North Carolina, South Carolina, West Virginia, and Virginia. The fireball captured on video in North Carolina was the most significant occurrence, with over 80 people reporting the one event.

Believe it or not, the term ‘fireballs’ is a legitimate keyword used by researchers and astronomers to describe any meteors that appear brighter than the planet Venus, according to the American Meteor Society.

You can see to brief clip below.

“Most of our current knowledge about the origin of meteoroids comes from photographic fireball studies (meteors > magnitude -4) done over the last 50 years or so. This may sound like a long time, but good data has been collected on only about 800 fireballs so far. Of these, only 4 have been recovered on the ground as meteorites,” the AMS says of fireballs on its website.

The site adds, “A meteorite-causing fireball is very rare and must be at least magnitude -8 to have sufficient mass to survive the trip. Even with an accurate photographic or video trajectory, it is still a matter of finding a needle in a haystack once the meteorite is on the ground. In recorded scientific history, un-photographed (eye-witnessed) falls have resulted in only about 900 meteorite finds.”

The above fireball was at least captured in two videos that have since been authenticated by the AMS, both of which are currently circulating heavily on social media.

According to a brief NASA analysis, the fireball was traveling northeast around some 32,000 miles per hour, traveling 26 miles through the planet’s atmosphere before disintegrating around 28 miles above Morehead City, North Carolina.