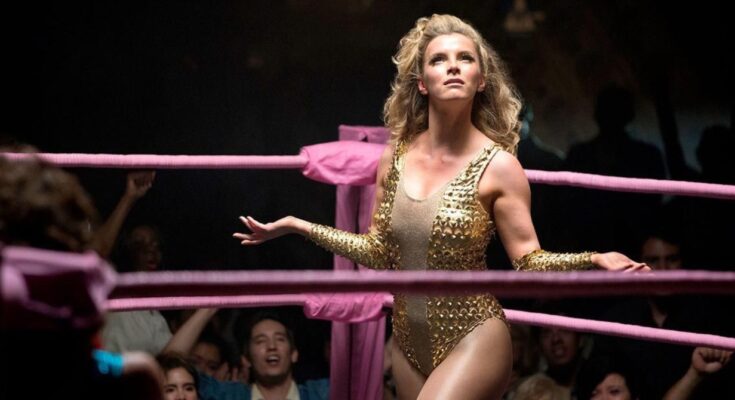 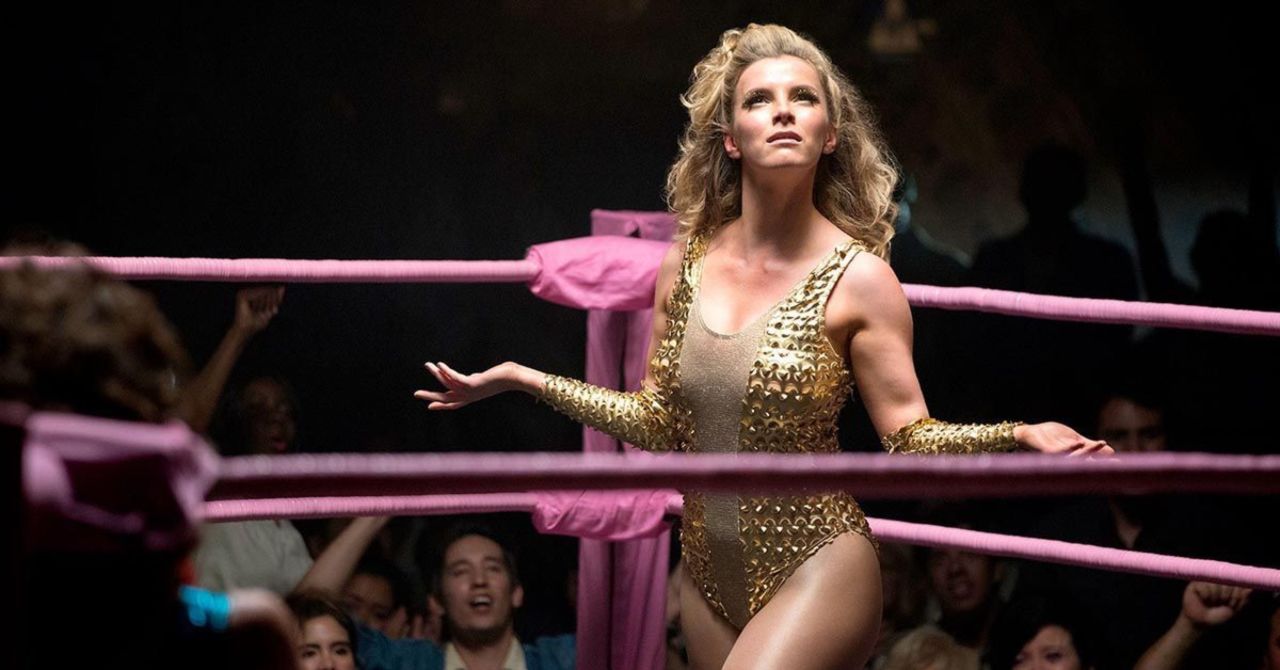 Last fall, Netflix canceled the popular, Emmy-winning series GLOW after three seasons. The series had been renewed for a fourth season and production had already begun when COVID-19 brought the entire entertainment industry to a halt and, due to the contact nature of the show, that work was difficult to resume when the industry began working again. Now, almost a year after news of GLOW‘s cancellation, series star Betty Gilpin has come to terms with things.

Gilpin told Collider that even though GLOW was canceled, they still did three seasons of the series. She went on to explain that with the series, as well the movie The Hunt which also had its own complicated situation in that, when it was finally released in theaters in March 2010, the pandemic closed theaters just days later, both still existed and were, what she called “the soul thing”.

“I think even though we got canceled, it’s like, ‘Yeah, we still did it though.’ And The Hunt is a movie that meant so much to me and that part meant so much to me and there are parts in that movie where I really felt like, ‘Oh, I did the soul thing.’ … I feel like sometimes you do a play, sometimes your soul comes out in a room and is recognized for a second, and then the air changes and you’re terrible again and it’s all bad and the whole front row’s asleep, but you did it, for one second. And I’m like, we did three seasons. The Hunt came out in theaters for two days. I have an Ann Coulter impression. I never filmed it.”

Gilpin isn’t the only GLOW cast member who seems to have come to terms with the show’s fate. After the show was canceled last year, many hoped that Netflix would wrap up the series in a movie, but at the time, Alison Brie explained that why she would like for that to happen, she recognized that it might take a lot of time if it happened at all and that she felt lucky to have even made three episodes of GLOW.

“I certainly think a movie could tie everything up,” Brie said last year. “I’m a little pessimistic about it actually happening just in light of everything that’s gone on this year and how difficult it is to get anything back into production with COVID. And I’m also part of the Community cast, who’s been trying to get a movie going for six years, so what I’m saying is don’t hold your breath because if it does happen, it might take a minute.”

“It’s definitely a bummer,” she added. “I’m going to miss playing with those incredible women and Marc Maron and Chris Lowell. But you know, we’re so lucky. We’re lucky that we got to make three, to me, perfect seasons of a show. I love it so much and it will live on Netflix forever. So people can still check it out.”

Are you disappointed GLOW was canceled? Let us know your thoughts in the comments.