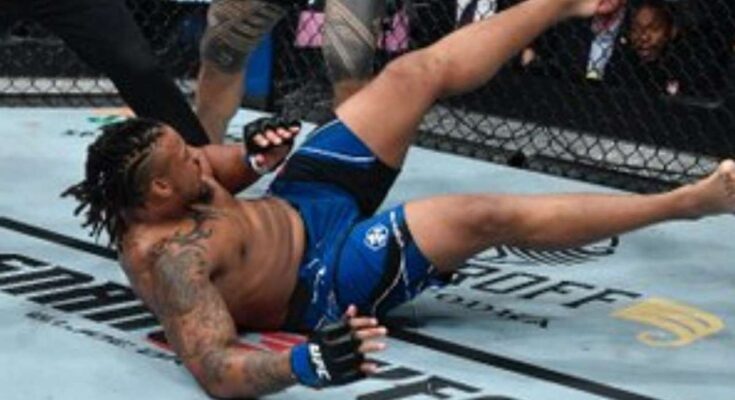 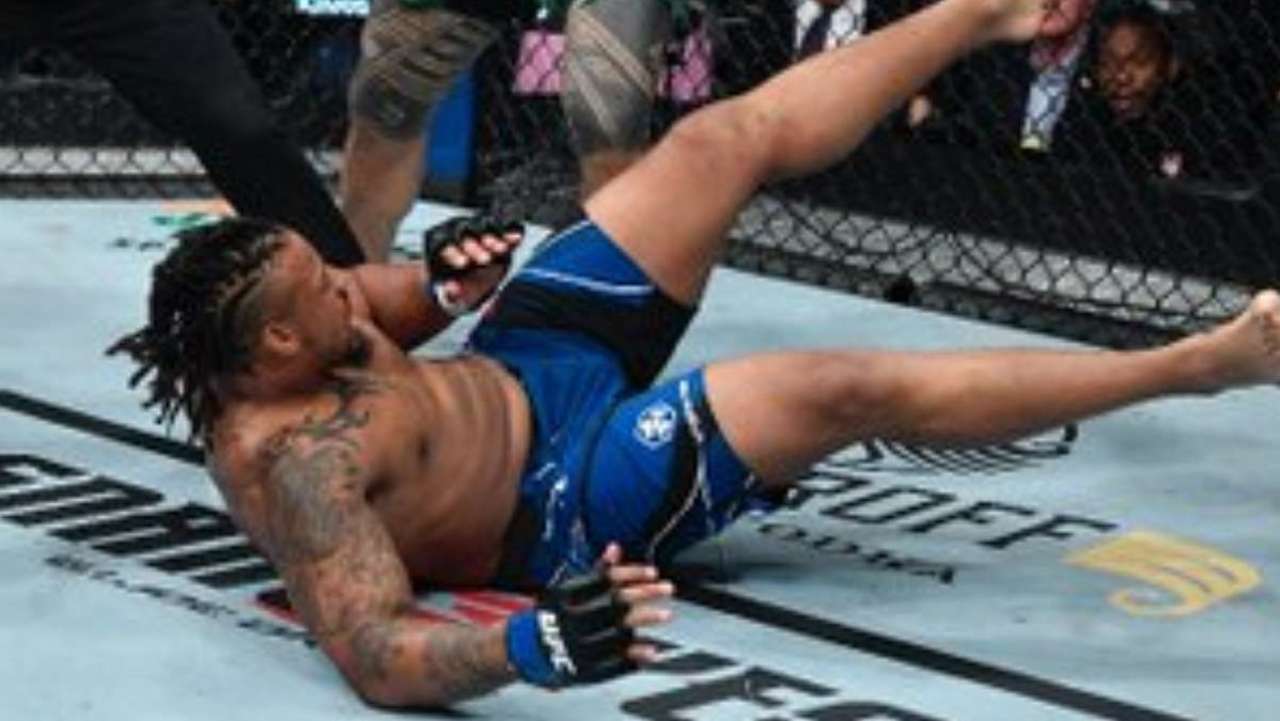 Greg Hardy got absolutely rocked by Tai Tuivasa at UFC 264. This fight had some juice behind it coming into the evening. The former NFL player thought his rise would continue but nothing is ever a sure thing in the world of MMA. Hardy was billing himself as the Prince of War and looked to get this thing over. T-Mobile Arena exploded when his challenger entered to Wannabe by the Spice Girls. (A direct shot if I’ve ever seen one!) Quickly into the fight, things flipped for the former Dallas Cowboy. Before exiting the cage, Tuivasa had a massive celebration. He got on top of the barrier and chugged a beer from a shoe. This leaves Hardy in a bit of a grey area going forward. His momentum has slowed considerably and many of the fans were hoping to see him stopped and got their wish. So, tonight’s strangeness continues to roll on. What could be coming when Conor McGregor and Dustin Poirier hit the Octagon later tonight.

WHAT A KNOCKOUT FROM TAI TUIVASA pic.twitter.com/EZOSVJKoxX

Hardy was absolutely livid during UFC 264 media availability. He held nothing back when discussing his opponent.

“Say my name, and I’mma come for you,” Hardy said of Lewis. “The boss is gonna send me. And that’s a guy that wasn’t mentioned but decided to grace his fat, greasy, Popeyes-chicken lips with my name when I was a peasant, when I was a young child. What would it look like for me to go attack somebody that just came off The Contender Series right now? You’d be like, ‘Ah, he’s childish.’ But you guys let that man gyrate-belittle me?”

“Nah, he needs to be handled. He’s an ex-con that doesn’t know when to shut up. I’mma put him down when I need to. But of course, timing’s everything. I’m still not there yet. And I’m willing to admit that he is the better man right now….but he’s still a fatty.”

What did you think of that KO? Let us know down in the comments!