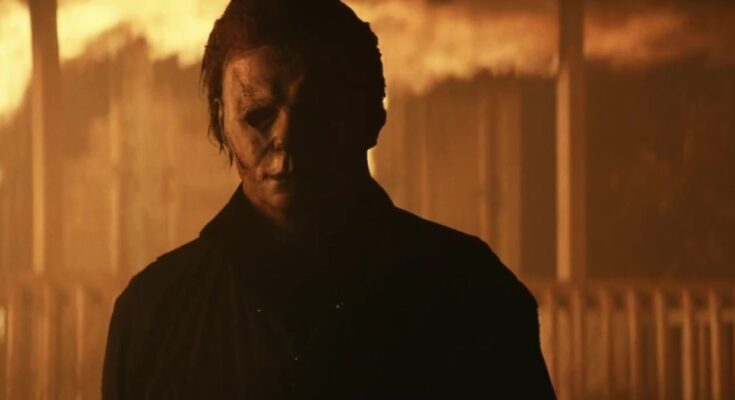 The next installment in director David Gordon Green’s trilogy of Halloween films, Halloween Kills, is slated to hit theaters this October, but producer Ryan Freimann knows just how excited audiences are to see Michael Myers continue his reign of terror, with the filmmaker taking to social media to share a new look at the killer. The new photo might not offer any news hints about the narrative of the sequel, but this tease serves as yet another reminder that we’ll get to see the beloved villain slashing his way across theater screens in just a few months. Halloween Kills is currently slated to hit theaters on October 15th.

“[Caleb Cascio] asked for the full image, so here it is. This was shot October 10, 2019, at 1:08 a.m. in Wilmington, NC. [James Jude Courtney] representing,” Freimann captioned the photo.

The 2018 Halloween served as a continuation of the original 1978 film, ignoring the events of all sequels to allow itself complete creative freedom. The upcoming Halloween Kills takes a page from the 1981 Halloween II playbook, as that film picked up immediately after the debut film, while Kills starts in the moments after the conclusion of the 2018 film. While it has yet to start shooting, Halloween Ends is slated to hit theaters on October 14, 2022 to complete Green’s trilogy of sequels.

Once this trilogy is completed, it’s unknown what direction the franchise could take.

“I have not thought that far ahead,” Freimann shared with ComicBook.com last year about what the future might hold for the series. “Right now, we’re in the midst of what we see as the [director] David Gordon Green trilogy. And the story, like with the Rob Zombie films, it had these little offshoots. They had done Halloween III: Season of the Witch way back then, so it’s like we’re living in the moment with these films that are successful, and we’ll see where it goes from there. I hope there is a theatrical experience. The future is still in place, but for right now, yes. It just speaks to me and Malek [Akkad].”

Halloween Kills is scheduled to hit theaters on October 15th.

Are you looking forward to the new film? Let us know in the comments below or contact Patrick Cavanaugh directly on Twitter to talk all things horror and Star Wars!