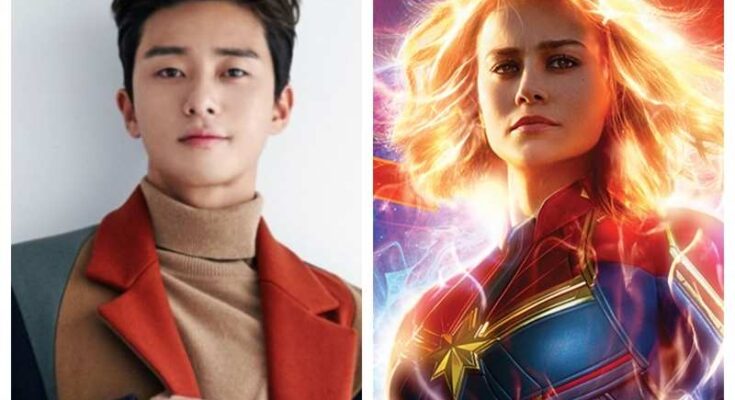 Park Seo-joon to star in the upcoming Marvel film

On September 3, KST early morning Park Seo Joon was seen at Incheon international airport departing from Seoul to Los Angeles with his manager. He was in casual black clothes with a bucket hat and mask on his face. Because of the rumours which were revolving around his appearance in the Marvel film, fans immediately knew where the actor was going.

Later in the afternoon Park Seo Joon’s agency confirmed the fact that the South Korean star is going to make his Hollywood debut in Marvel’s upcoming Captain Marvel sequel.

In their official statement the agency said that they thank those people who have showed their support and interest as the actor takes on this new challenge. They also said that people are curious about the film’s name in which park will be appearing, his character, the filming locations and schedule. But they plan to reveal the detail later. Though netizen had an overall idea about the movie, fans are excited to see the rumours being true.

A road to success

Park Seo Joon is famous for his role in various K-drama such as “She was pretty”, “Itaewon class”, “Hwarang: the poets warrior youth” including 2019s blockbuster “Parasite.”

He will be the third South Korean actor to join the Marvel Cinematic Universe after Claudia Kim who was starred in “Avengers: Age Of Ultron” and Ma Dong Seok in “Eternals”.

We all are excited and eagerly waiting to see park in the world of Marvel. Though his role in the film is still unknown to us but we can be sure he is rooting for his success.