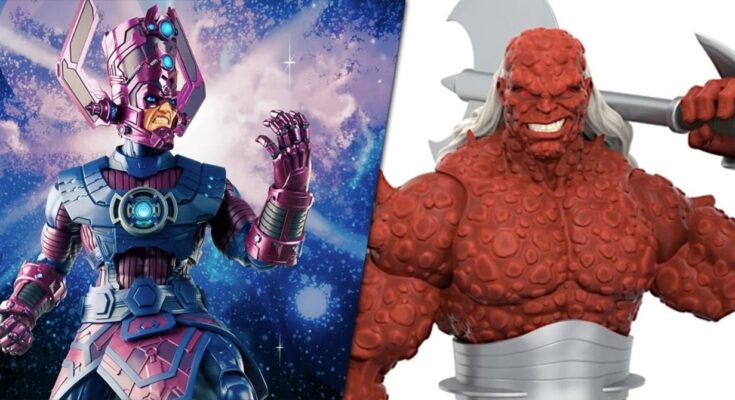 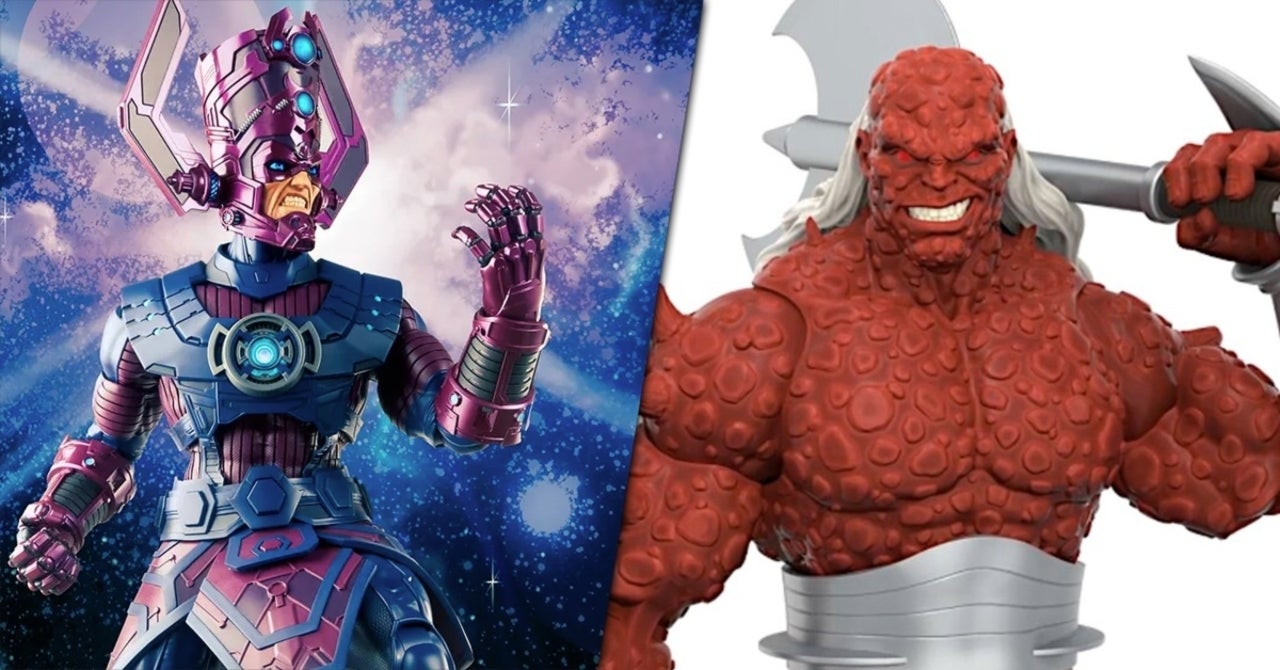 Hasbro is still raising money for its massive Galactus action figure, and the toymaker just unveiled one of its most bizarre Marvel Legends toys yet. Through its new proprietary crowdfunding platform, Hasbro has raised enough to ensure its new 32-inch Galactus figure gets made. In fact, the campaign has now unlocked two stretch goals as it heads into its waning days — a new Frankie Reyes Marvel Legends figure and a new Silver Surfer figure with an alternate head.

Friday morning, Hasbro revealed the third stretch goal should the campaign tally 20,000 backers — the ravenous Morg. Arguably one of Galactus’ most obscure Heralds, Morg is a fan-favorite with Marvel cosmic comic readers of the 1990s, with his bumpy maroon skin and massive battle ax. As of this writing, the campaign has just under 18,500 backers, meaning it still needs an additional 1,500 backers by the time campaign ends of August 30th to unlock the new Morg figure.

While Hasbro has made several Silver Surfer figures as part of its Marvel Legends line before, this will be the first time Morg’s been turned into an action figure by the toy company. All three of the stretch goals are added to the base Galactus package, which is being sold for $399.99. You can see Hasbro’s announcement video below.

Feast your eyes on the third stretch goal for the #MarvelLegend Series #Galactus #HasLab – Morg the Executioner! Unlock this all NEW Marvel Legend Series figure at 20,000 backers! We have until 08/30/21 to reach this goal – we can do it! https://t.co/DE46dhXCW9 pic.twitter.com/233mpRzTU8

Galactus has been a long-time favorite with fans of Marvel Comics and it’s only a matter of time before the character is inevitably introduced to the Marvel Cinematic Universe. So much so, former Fantastic Four director Tim Story has said that’s something he’s looking forward to.

“Some were afraid of what Galactus might look like in his [true form],” Story told DesdeHollywood when interviewed ahead of his new movie Tom and Jerry. “What I am so looking forward to is when they [Marvel Studios] get their hands on Galactus and show Galactus, I can’t wait. I can’t wait. When I saw Ant-Man big on-screen [in Avengers: Endgame], when I saw that, I went, ‘Oh my God, wait until they get to Galactus.'”

Marvel’s Fantastic Four has yet to set a release date.

Who do you think should be the Fantastic Four’s first villain in the MCU? Let us know your thoughts either in the comments section or by hitting our writer @AdamBarnhardt up on Twitter to chat all things MCU!