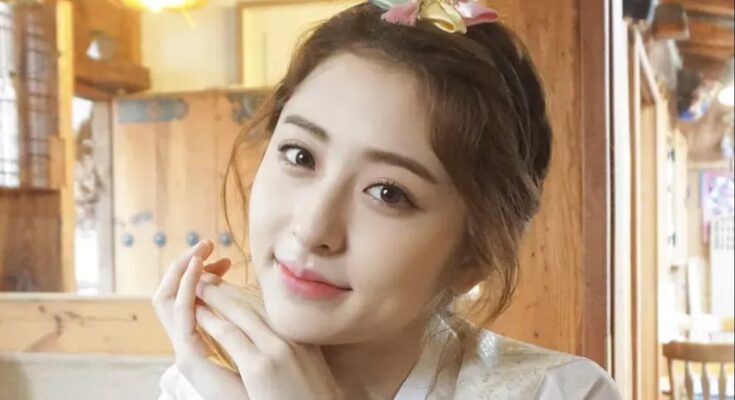 So finally it is confirmed that Heo Yun Jin is joining the member lineup for HYBE. Previously, there were light whispers that HYBE is preparing to launch a new girl. There were also rumors that HYBE and Source Music are working to recruit two to three former contestants of “Produce 48”.

Heo Yun Jins was recently transferred from Pledis Entertainment to Source Music (both of them belong to HYBE).

The 20 years old South Korean artist grew up in the US. In 2017, she gave an audition for Pledis Entertainment in New York. She, fortunately, passed the audition. In January 2018 she was a trainee under Pledis Entertainment. The same year she participated in Produce 48 where she ended up in 26th position.

Heo Yun Jin is the 4th member of the new team

According to new sources, it is now official from today that former “Produce 48” contestant Heo Yun Jin is the 4th member of the new team. She wrapped up with “Produce 48” 3 years ago in 2018. She later returned to trainee status at her original label, Pledis Entertainment. After Heo’s debut, the girl group has now two other confirmed members including Kim Chae Won. Kim left Woolim Entertainment and transferred to Source Music at the end of June.

Who else is rumored to join HYBE?

Other than Kim Chae and Heo Yun, Miyawaki Sakura and Kim Min Ju is also suspected to join HYBE. It was already rumored that HYBE is set to recruit 2-3 former contestants of IZ*ONE members. Therefore, Kim Min is the former participant of IZ*ONE who is recruited. Another is Miyawaki who was also a former participant of IZ*ONE who is confirmed to be a part of HYBE. Earlier, fans were wondering who will be the third member from IZ*ONE. Certainly, it was none other than Kim Min Ju.