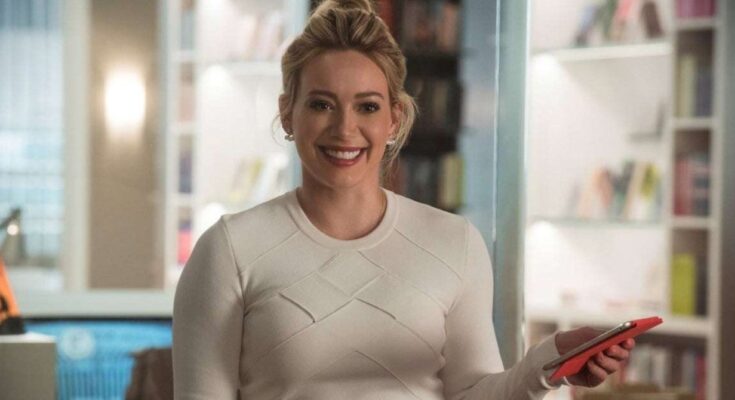 Lizzie McGuire and How I Met Your Father star Hilary Duff has taken to social media to reveal she’s been diagnosed with the Delta variant of COVID-19, but luckily there’s some good news. The actress didn’t reveal how she contracted the coronavirus but noted that she was thankful that she had previously gotten the vaccine against it as her symptoms were manageable. In her Instagram story, Duff posted a photo of her in bed, writing in the caption: “That delta…she’s a little b-tch. Symptoms: bad headache. No taste or smell. sinus pressure. Brain fog. Happy to be vaxxed.”

Just two days ago Duff posted a photo from the set of How I Met Your Father, a spinoff of the long-running 20th Television series How I Met Your Mother, sitting next to her co-stars. Like the original the series will be framed around Duff’s character Sophie, a woman in the near future who tells her son the story of how she met his father, a format similar to the original series. The story is largely set in 2021 and focuses on Sophie and her group of close friends. How I Met Your Father is created by Isaac Aptaker and Elizabeth Berger. Original How I Met Your Mother creators Carter Bays and Craig Thomas will be executive producing the spinoff

“I’ve been incredibly lucky in my career to play some wonderful characters and I’m looking forward to taking on the role of Sophie,” Duff said in a statement when the series was announced. “As a huge fan of How I Met Your Mother, I’m honored and even a little nervous that Carter and Craig would trust me with the sequel of their baby. Isaac and Elizabeth are brilliant, and I can’t wait to work alongside them and all of their genius. Just fangirling over here getting to join the Hulu Originals and 20th families. I realize these are big shoes to fill and I’m excited to slip my 6 ½’s in there!”

The new How I Met Your Father series will be a Hulu original and marks the second attempt at gender-flipped spinoff of the show. CBS attempted How I Met Your Dad in 2013, shooting a pilot that wasn’t picked up.

Duff’s diagnosis of COVID-19 is the latest vaccinated celebrity to reveal they’ve contracted the coronavirus. Yesterday Sabrina The Teenage Witch Melissa Joan Hart revealed she’d also been diagnosed with COVID-19 writing: “I am vaccinated and I got COVID, and it’s bad. It’s weighing on my chest. It’s hard to breathe.”