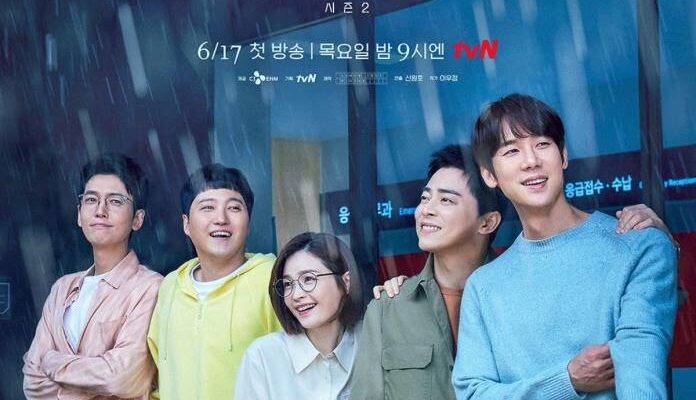 “Hospital Playlist 2” finale episode went away with a bang by outdoing itself. The season finale registered of 14.1 percent rating. It’s the highest rating that the show achieved for the season. The show defeated its previous highest ratings of 13.387 percent during the 11th episode broadcast. The drama reinstated its popularity once again.

The show was successful in maintaining its top position at the time slot.

“Hospital playlist 2” is a South Korean romantic- comedy and medical drama starring Jo Jung Suk, Yoo Yeon Seok, Jung Kyung Ho, Jeon Mi Do and Kim Dae Myung. The drama tells the story of five doctors who have been friends since their admission day in medical school back in 1999. Hospital playlist has all total 12 episodes and the last episode was aired in 16th of September on Netflix.

Additionally the actor Jeon Mi Do and Band Mido and Falasol today will reveal their grand finale original soundtrack named “Butterfly” at 12 pm KST. The song was originally released in 2008 as the title track of Loveholix’ digital single album. And it gained huge popularity when it was included in the original soundtrack of the film “Take off”.

At the mean time the producers of this Korean drama has confirmed that even though both the production team and the cast members has revealed their interest about reuniting for another season in future, currently there are no certain plans for season 3 of the drama.

But there is a good news for fans also, the cast of “Hospital playlist 2” will be returning on 23rd of September with a special episode which includes a question answer session with the Yulje doctors and other cast. The special episode will broadcast at 8:45 pm KST on the day.