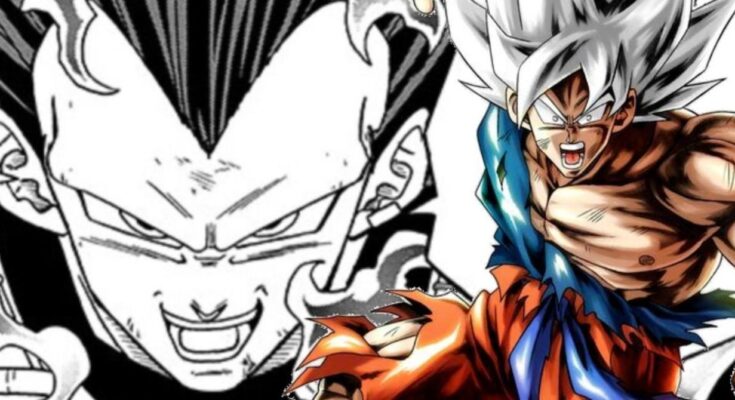 Dragon Ball Super has fully unleashed Vegeta’s new form, Ultra Ego, and it surprisingly makes him more like Goku in some very interesting ways! The newest chapter of the manga series made good on the promise of the previous cliffhanger and saw Vegeta fully unleashing a brand new form that he had crafted himself following his training on Yardrat and with Beerus. He dubbed this new form as “Ultra Ego,” and while this already shares some obvious commonalities with Goku’s own godly form, Ultra Instinct, Vegeta’s fight with Granolah started to show some surprising more similarities.

Although Ultra Ego’s power seemed perfect for Vegeta (which made sense as he quite literally tailor made it for himself) as it grew in strength the more he desired to fight, it also started to make him act more like Goku in a surprising way. Just as how Goku always tries to talk down his opponents and find the hidden good side to every one of his foes, Vegeta seems to be trying his best to break through Granolah’s hatred and convince him that they are not enemies.

Chapter 75 of the series kicks off with Vegeta’s usual confident streak when he gains an upper hand on an enemy as he starts to beat around Granolah, but the interesting twist here is that he’s actually coming from a place of kindness rather than pure aggression. He notably calls this initial beat down “tough love,” and this seems like an extension of the lessons he learned from Beerus about forgiving himself for his past transgressions and moving beyond his past.

Beerus notably made sure to teach him to how focus his thoughts on destruction alone, but it’s more of a teaching to focus on what’s important to him at the time. Through this new sense of self that Vegeta is discovering, it seems like he’s at a good enough place mentally that a little bit of that Goku part of him is starting to show as well. He’s trying to tell Granolah that he’s mistaken about the Saiyans, and he’s trying to keep Granolah from causing more unnecessary damage.

It’s like he’s deliberately holding himself back (even warning Granolah about a massive Hakai blast before he launches it) and trying other options before violence itself. It causes as much literal damage to himself to do so, but that’s going to be a curious thing to keep an eye on as the series continues. But what do you think of this new kind of Vegeta? Let us know all of your thoughts about it in the comments! You can even reach out to me directly about all things animated and other cool stuff @Valdezology on Twitter!