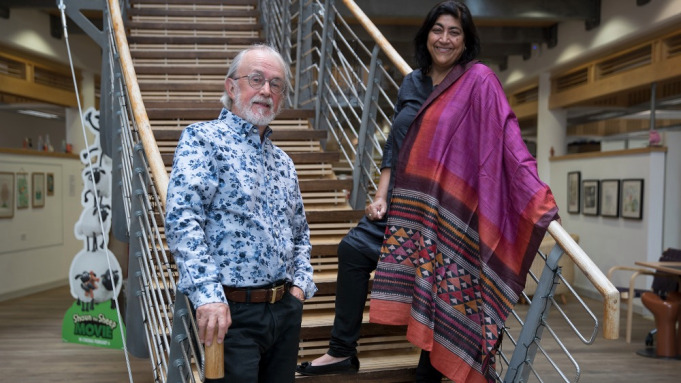 An Indian origin story is in the mix

Aardman Animations is Bristol, England based animation studios. And, four times Academy Award winning animation studio. The studio was founded in 1972 and its founders were Peter Lord and David Sproxton. The studios are famous for shows and films using stop-motion clay animation. In addition, “Shaun the Sheep” is the most successful and famous creation of the studios.

Similarly, shows like, “Wallace and Gromit” and “Morph” made by the Aardman Animations. Still, best in the business because their movies and shows are very well-received by the audience. And their stop-motion clay animation movies are grossing stop-motion movies.

Just recently, it was announced that Aardman Animations are teaming up with Gurinder Chadha for a Bollywood-inspired animated movie. Gurinder Chadha is a well known British director of Indian origin. To sum up, she is introducing the Indian culture to the western audience with her flawless creation. For instance, Bend it Like Beckham in 2002.

Gurinder Chadha’s common theme of her work often shows the lives and trials of Indian women. Also, how they must try to converge their traditional and modern values and cultures. Gurinder Chadha is set to direct this Bollywood-inspired animated movie for Aardman Animations.

The movie is about a young elephant, named Bodhi, who is from the deep jungles of Kerala. To sum up, eager to achieve an impossible dream of his – to become a bollywood dancer. Chadha is co-writing the script of the movie with Paul Mayeda, her husband. Both Gurinder Chadha and Aardman Animations are excited about working alongside each other.

With Chadha being excited about the fact that she’ll be able to bring her British Asian vision to their studios. Eventually, she would be able to tell the story from a new perspective. Since, Aardman being excited that they’ll be able to create something different and extraordinary with the help of Gurinder’s talent. As of now, not many details are available about the plot, cast or the release date of the movie.