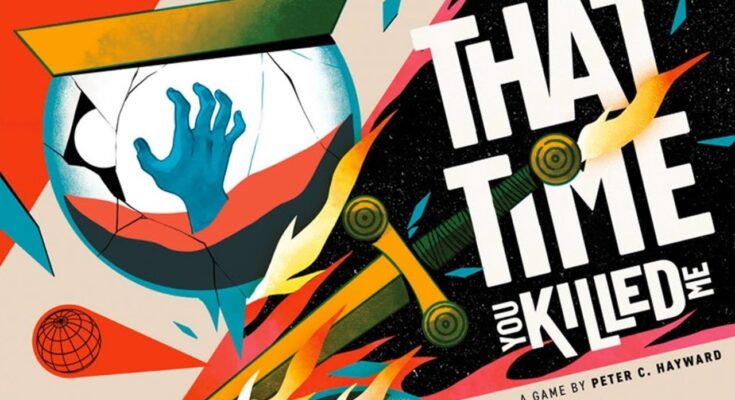 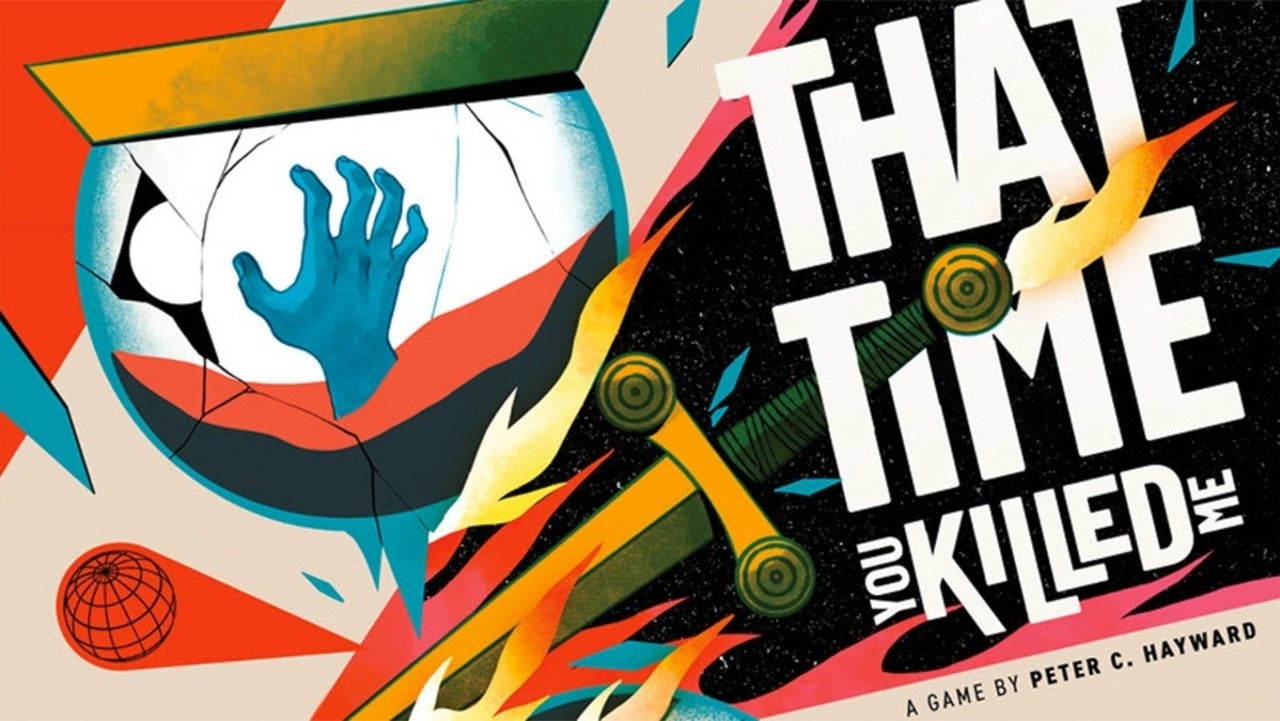 Individual chapters in That Time You Killed Me takes place on three 4×4 boards, each of which represents a different era of time. On a turn, players maneuver their pieces between the past, present, and future, trying to trap their opponent on the wall of a board. Each player only has a limited number of “copies” they can deploy to prevent being murdered. Once a player runs out of copies, they can’t travel to their past anymore. If an opponent only has pieces on one board when your turn starts, you win the round.

The interesting thing about That Time You Killed Me is that it couples the popular narrative game, with components hidden inside boxes and rules that are gradually added to the rulebook, with a seemingly abstract and simplistic game design that focuses more on strategy akin to chess or checkers than what you’d see in “legacy” games popular nowadays.

Hayward previously designed games like The Lady and the Tiger and Village Pillage, while Ros is a Spanish artist whose evocative and bold artwork has appeared on the likes of Sector 9 skateboards and illustrations for Love, Death + Robots.

Pandasaurus has put out an impressive slate of games this year, with games like Brew and Umbra Via already out, and Dinosaur World and Machi Koro 2 expected for release later this year.

That Time You Killed Me is available for pre-order on Pandasaurus’s website.