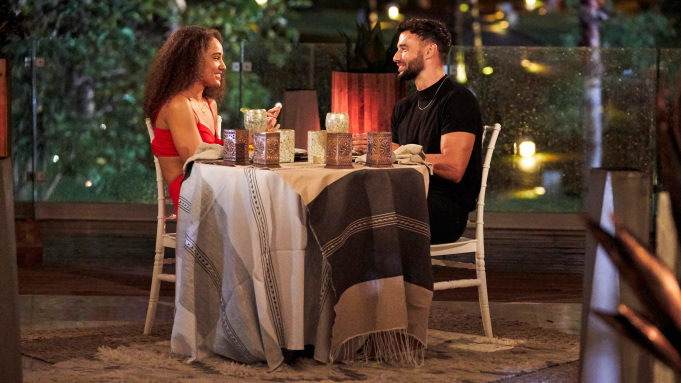 It seems like not a paradise for some newcomers

Everything in the was going perfect until two newcomers made the entry in the show. Both of them already had in history from the show. Moreover, one of these newcomers is connected a lot to one of the current members in the show. To read what exactly happened in episode 6 of season 7, proceed below.

Kendall Long was in Arie Luyendyk’s season of “Bachelor in Paradise”. Whereas, Pieper James is from Matt James season of “Bachelor in Paradise”. Therefore, both of them have come along with history and with a target on someone. Moreover, there are still rumors that says Pieper James and Brandon Morais will end up together before the show. Kendall Long is still recovering from her breakup with Joe. She accepted that she still has feelings for him and that’s where chaos began from.

What drama did “Bachelor in Paradise” episode 6 of season 7 witnessed?

Kendall long previously dated Joe Amabile in season 5 of “Bachelor in Paradise”. Their relationship worked out for two years until they called it over in early 2020. Moreover, as soon as Kendall made an entry to the show, she accepted that she still has feelings for Joe. The last time they broke up because there were mismatch thoughts over their residence.

For Pieper James, she was rumored to be dating Brendan Morais. However, the rumors were fired when the shooting of the show was about to begin. But Brendan started approaching Natasha Parker. Moreover, she reminded him of his dating rumors with Pieper. But to her shock, he denied it and said that it was casual and they only went to hang out for few times.

Anyone would feel some type of way 👀 pic.twitter.com/vVwVQEN4cT