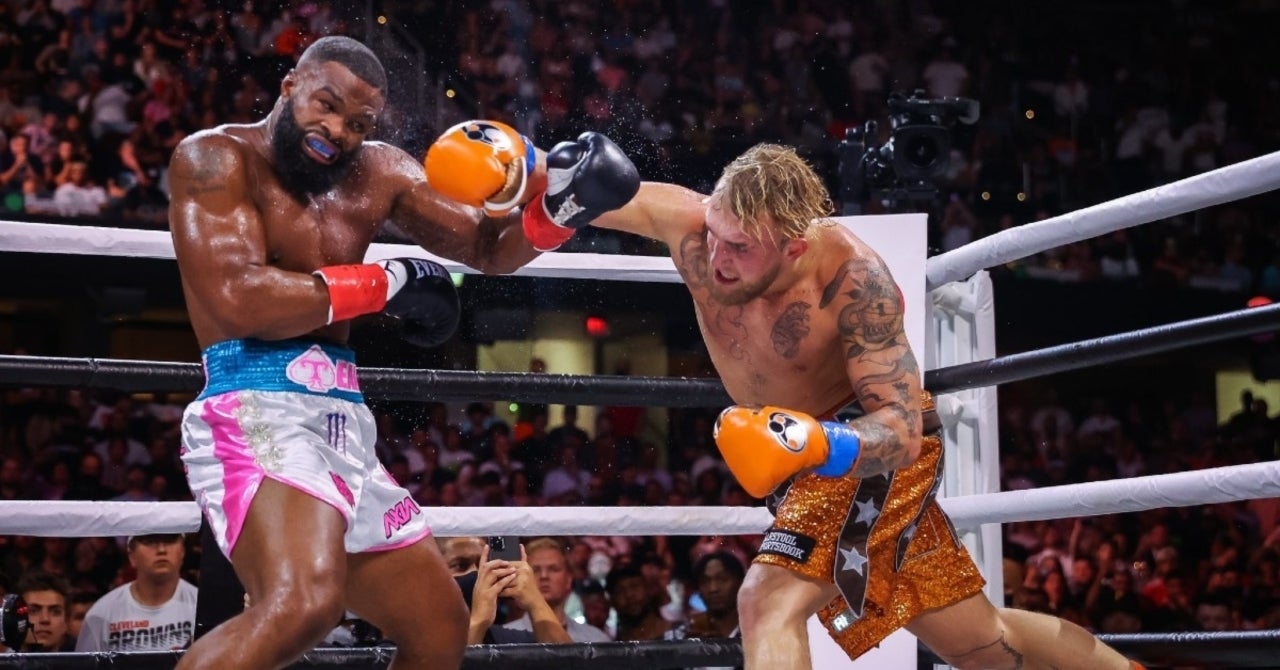 Jake Paul defeated Tyron Woodley on Sunday night via split decision, with the final judge’s scorecard coming in a6 77-75, 75-77 and 78-74. Woodley nearly knocked down Paul in the fourth round, but it was the closest either man came to ending the fight early. Paul entered the night with three wins to his name, including a KO victory against former NBA player Nate Robinson and a TKO against former UFC fighter Ben Askren back in April. And while Woodley is a former UFC Welterweight Champion, he was walking into the fight on a four-fight losing streak.

The build towards Sunday’s fight had its fair share of trash talk from both sides, and it continued after the bout. Paul mocked the ringside judge who scored the fight in Woodley’s favor, while the former MMA Champ believed he was the winner and pushed for a rematch. Paul then said he’d take the rematch if Woodley got “I Love Jake Paul” tattooed on his body and the two were separated.

“I’m just glad to be a part of it, but I’m not only here to participate,” Woodley said on The MMA Hour earlier this week. “I’m here to f—ing take over. And you’re going to see Jake Paul get hurt in a way you’d never imagine. He may not want to do this again after this.”

“I just can’t wait to play the spoiler,” he later added. “I remember this when I was fighting Rory MacDonald [at UFC 174]. I was fighting Rory MacDonald in Vancouver, it was his hometown, and I was doing all of the Embeddeds, all of the videos, all of the promos. I had all these crazy sponsors, and I spent so much time and energy running around [doing all of it]. He wouldn’t do any interviews, he wouldn’t let anybody into his hotel room. He was locked in and he was focused. And even when the news came that actually this fight is not the No. 1 contendership fight anymore, he still remained focused.

“I understand, there was a lot of critics at first,” Paul said in an interview with MMA Fighting. “People like yourself who were unsure and that’s totally OK. My goal has just been to earn people’s respect and just show people how hard I’m working because I take this more seriously honestly than a lot of pro fighters. I have a chip on my shoulder. I have a lot to prove and I fell in love with this sport and I want to go super, super far in it and the only way to do that is hard work and experience in sparring and in the gym and fighting tougher and tougher opponents each time. This is my life now. I don’t even remember what my life was like before boxing. It’s been two years straight of this and I wouldn’t change it for anything.”

Do you agree with the judges? pic.twitter.com/EI9hGMbpIS