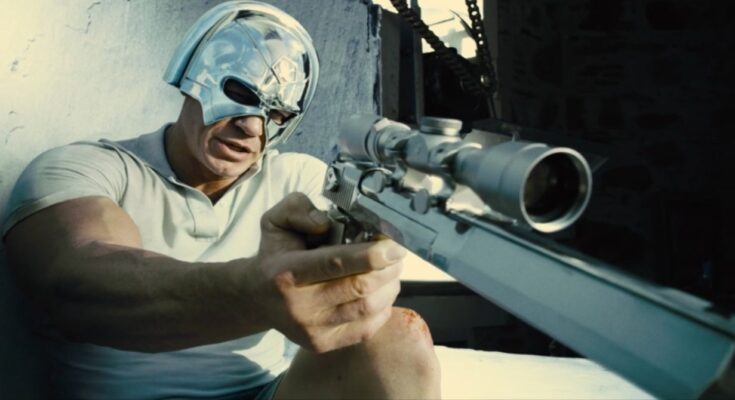 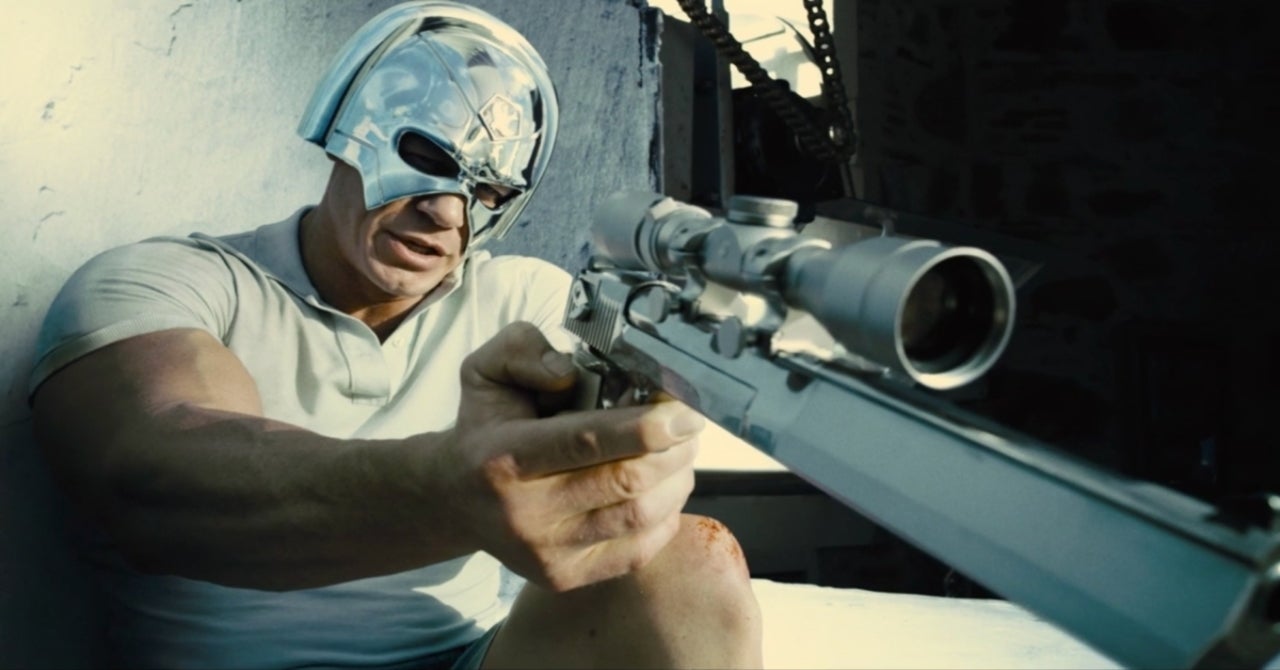 There’s no peace in Peacemaker: series creator James Gunn says the series spinning out of The Suicide Squad is packing “more action than any superhero show ever.” Starring John Cena as Christopher Smith, the helmeted anti-hero who kills to keep the peace, the eight-episode spin-off explores the origins of the character Gunn calls “the world’s biggest douchebag” and a “pretty rotten piece of sh-t.” After setting up his HBO Max series in The Suicide Squad, Gunn previews the action-packed Peacemaker and teases potential future seasons of the DC Films television series:

“There’s not a big plan in place, but it’s something I would love to do, and I know that the cast would love to do,” Gunn told Entertainment Tonight about a Peacemaker Season 2. “We haven’t been picked up yet, so we’ll have to see what happens from HBO Max.”

“Next season, I hope to direct all of the episodes. As you’ll see, Peacemaker is a very, very different show from anything that’s ever been done in the superhero realm,” said Gunn, behind Marvel’s Guardians of the Galaxy franchise. “It is about a guy, first and foremost, and very much secondarily a superhero. But it’s still a big science fiction movie with tons and tons more action than any superhero show ever. It’s just totally its own thing.”

Like Gunn’s R-rated Suicide Squad, an ultra-violent gore-fest with a high body count of ill-fated DC Comics characters, Peacemaker is “no holds barred” but often “quieter in some ways” than his big blockbuster.

“So it’s just a little bit about what’s going on in the world, but also being a TV show, you really do have more time to delve much deeper into these characters and much more deeply into the drama and comedy of them.

“So it has a lot of similarities, but it’s even more grounded, more natural, and more real. But it’s still within a big science-fiction storyline that lasts for one season. The main storyline lasts for that season, so that doesn’t mean there’s only one season of Peacemaker.”