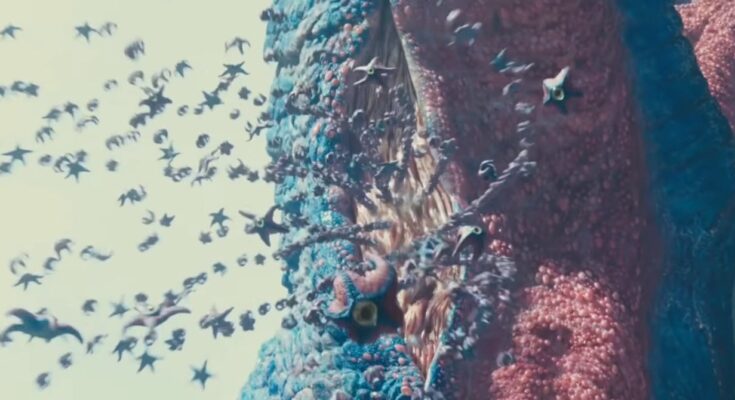 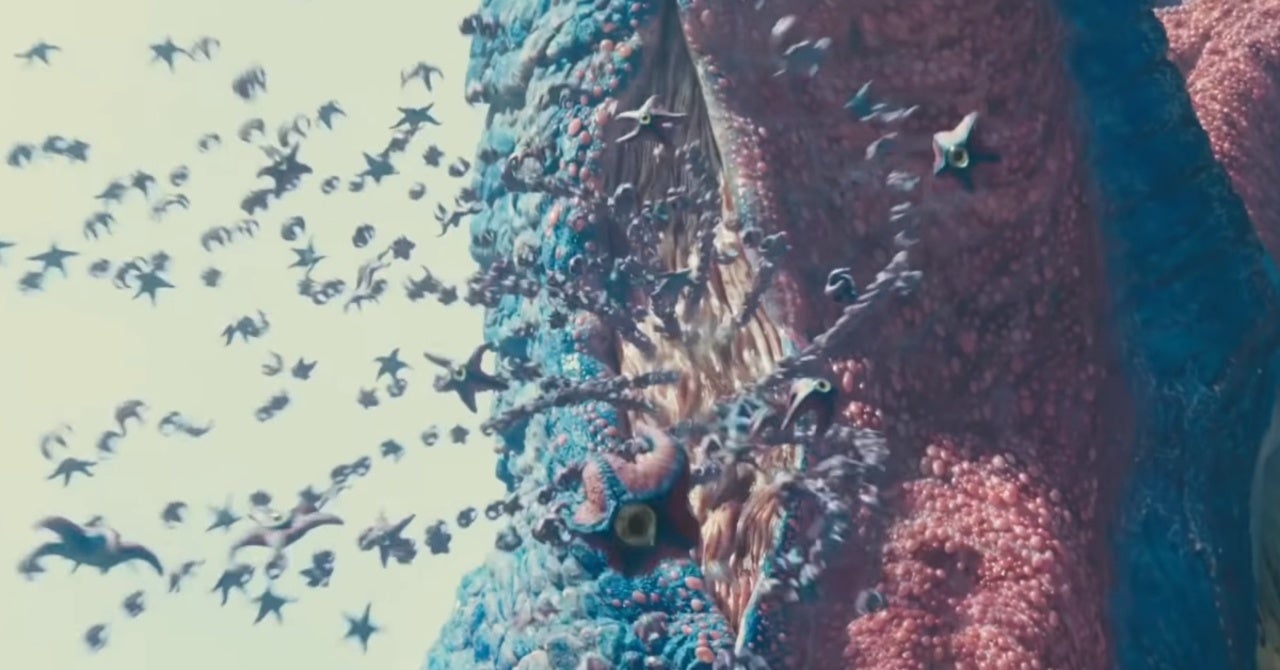 The decision to make Starro — a massive, purple starfish-alien with psychic powers — the central antagonist of his new movie The Suicide Squad might have been a baffling one if writer/director James Gunn was…well, just about anybody else. The Guardians of the Galaxy and Slither star has crafted a comic book adaptation that’s a gory, balls-out action movie…and it’s hard to be completely surprised that the same guy who transformed Groot and Rocket into beloved household names, would go on to make a movie featuring Weasel and Starro. During a new press event, though, Gunn went into a little more detail.

He told reporters that, as silly as Starro can seem on paper, he always found the character legitimately scary. He also thought that taking something that bizarre and placing it in the gritty, realistic settings he filmed in would be a cool juxtaposition.

“Well I just, I wanted a major DC villain that is a major DC villain that people wouldn’t expect to be in a movie,” Gunn said during a press event attended by ComicBook. “And I’ve always loved Starro. I mean, as a kid, I found Starro completely terrifying. The idea of this giant starfish with one big guy that shoots these things out of him that take over people’s brains, like those old pictures with Superman with him on his face. Always scared the shit out of me. So, it was about taking something that was completely, mind you, ridiculous, that looks, putting him in a setting that is the gritty streets of Cologne, Panama, and then allowing him to do his scary business, but he’s also completely outrageous. And so, that mix of things appealed to my aesthetic.”

Starro had a brief but incredibly memorable appearance in the pilot to Powerless, the short-lived NBC sitcom set in the DC Universe and produced by Harley Quinn showrunner Patrick Schumacher. The series, for those who don’t remember, was originally pitched as being about an insurance company that operated in the DC Universe, but later morphed into a show about an R&D group at a Wayne Enterprises-owned corporation run by Bruce’s Michael Scott-like cousin, Van Wayne (Alan Tudyk).

In the pilot, Starro appears briefly, climbing a building across the street from series lead Emily (Vanessa Hudgens), only to be quickly obliterated and splattered all over Emily’s window by what looks like a Green Lantern ring’s blast. It’s a close call, but Starro might not have even lasted as long on Powerless as Slipknot did in David Ayer’s Suicide Squad movie So…coincidence?!

The Suicide Squad will be in theaters and on HBO Max on August 6.