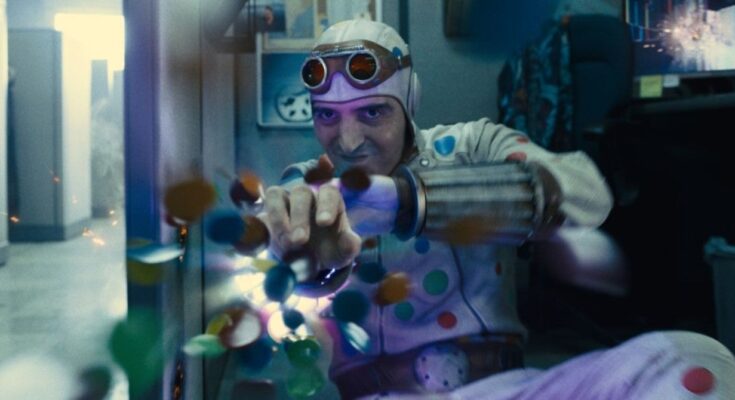 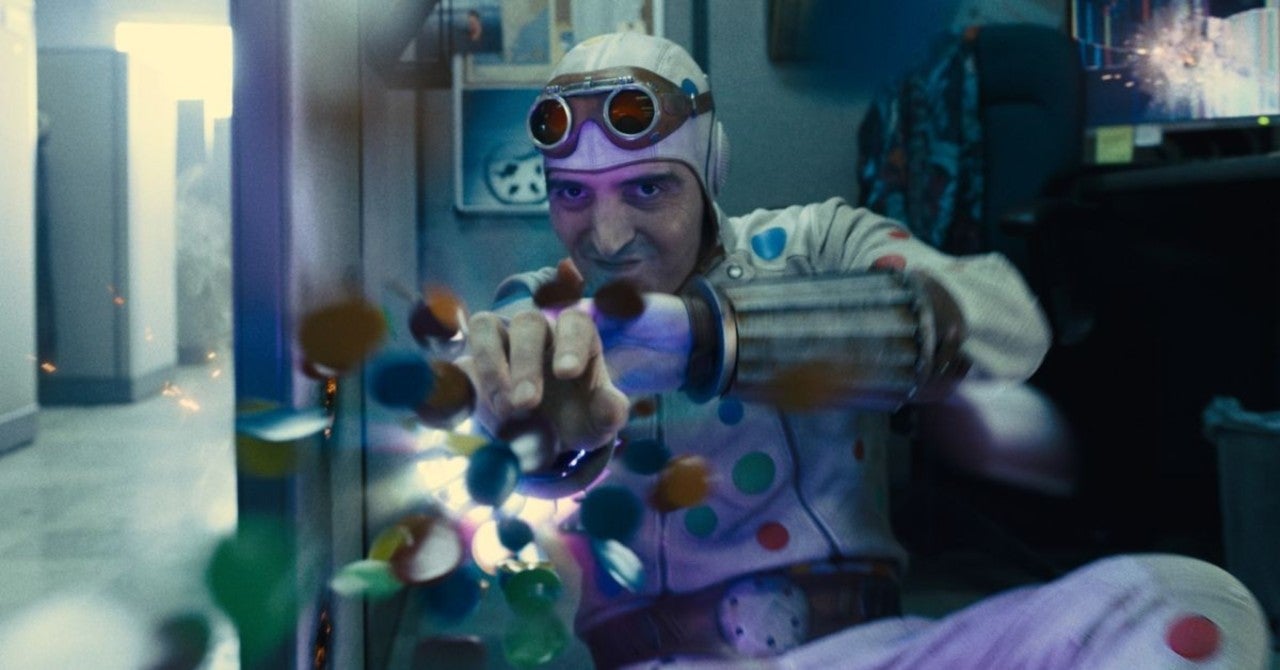 Previously only seen on the big screen in the background of The LEGO Batman Movie, DC Comics villain Polka-Dot Man first arrived in Detective Comics #300 way back in 1962 and has been only a laughing stock since that time. He’ll get his due in the upcoming film The Suicide Squad where actor David Dastmalchian will bring him to life. Speaking in a new interview, writer/director James Gunn revealed he decided on Polka-Dot Man as one of the members of his version of Task Force X because he wanted to add a character “thought of as one of the dumbest ever.”

“Polka-Dot Man is great,” Gunn told Total Film. “I went and looked online, ‘Who’s the dumbest DC character of all time?’ and it was Polka-Dot Man. We’ve turned that character who’s a sad, pathetic character into a character who’s depressed because people think he’s stupid. He has a very tragic story that you learn about throughout the film – to be able to add depth to characters who are thought of as the silliest is a fun thing for me to do.”

Dastmalchian opened up about his swing at the character as well with the outlet, reflecting on the broken aspects of him and digging into them.

“I can tell you that my character Abner is someone who has lived a lifetime with a lot of pain, a lot of shame, a lot of solitude because of a condition that he has,” Dastmalchian said. “That condition was something that he decided at a certain point in time would be best suited to hurt other people or at least perform acts of crime, so that he could get some vengeance against a cruel and unfair world. Things haven’t gone great in Abner’s life basically since day one, so as we find him entering this story, he’s somebody that has never been a part of anything, so even in a bunch of really broken misfits and criminals, he’s maybe found one of the first moments in his life where he’s a part of something.”

Joining Dastmalchian in the cast of The Suicide Squad are Idris Elba as Bloodsport, John Cena as Peacemaker, Sylvester Stallone as the voice of King Shark, Daniela Melchior as Ratcatcher 2, Michael Rooker as Savant, Flula Borg as Javelin, Peter Capaldi as Thinker, Nathan Fillion as TDK, Mayling Ng as Mongal, Pete Davidson as Blackguard, and Sean Gunn as Weasel.