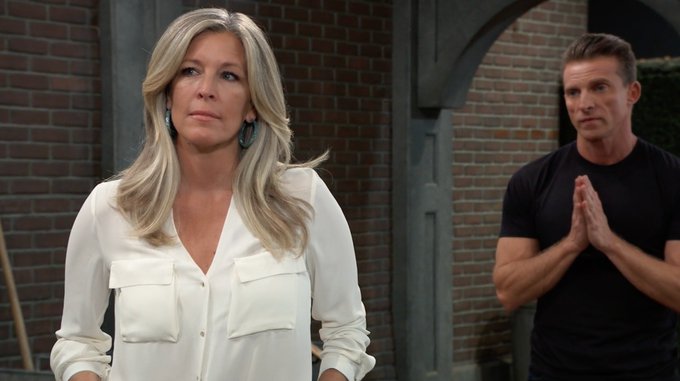 What happened in Port Charles?

In General hospital soap opera Jason and Carly plans for wedding. Back then, Carly admits, she fell in love with Jason. She’s afraid that if they get married, she’ll fall in love with him. Afraid of losing him as a friend if he does not reciprocate her feelings, she fears she will grow resentful of him and become bitter. “Why do you assume you’ll fall in love alone?” Jason asks her.

Jason admits that he had feelings for her back then, but he pushed them aside as well. In any case, they’ll be back for him soon. You can either stop the wedding or get married for real and live happily ever after, says Jason. There is a passionate kiss shared between them as they move in closer together.

In the early hours of Carly and Jason’s wedding, Monica came to see Carly in an attempt to foster a cordial in-law relationship with Carly for Jason. However, what happened next enraged many viewers who felt they were weakening Monica’s character and her hate of Carly in order to play up Jason and Carly.

A kiss was exchanged between Carly and Jason, who admitted that their old feelings for each other were resurfacing. There was a great deal of outrage at the writers’ sloppy handling of history to suit the current storyline.

Will the wedding ceremony go smoothly as per the plan. Wait! But just in time for Carly and Jason’s wedding, Sonny could finally visit Port Charles. What could be more soapy than a presumed dead Sonny interrupting his widow’s new wedding? Even though mob violence may be a concern at this large gathering, Sonny’s return would certainly fit in.
Above all the wedding is actually in the hands of writers so let’s wait and watch what will happen next.