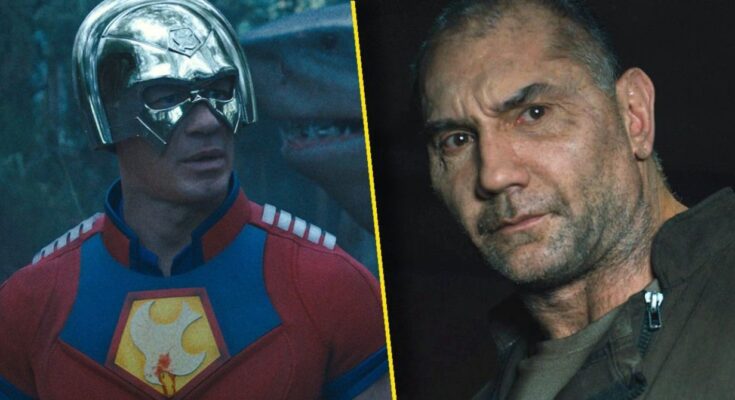 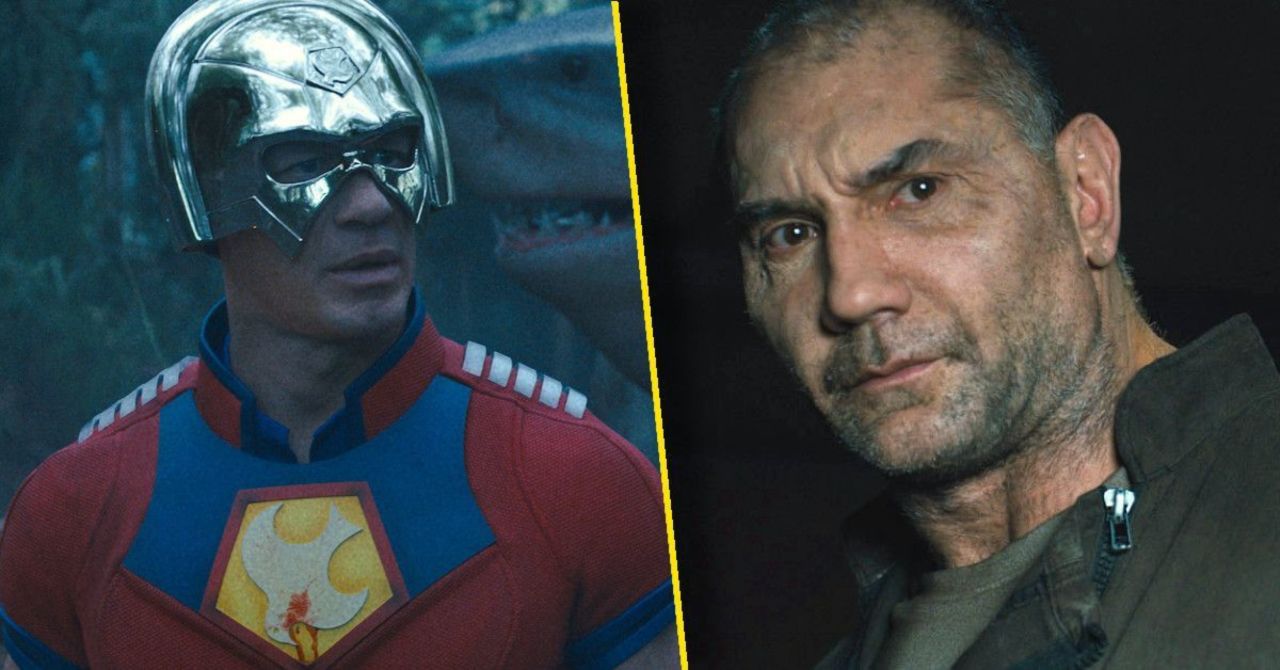 Earlier this summer, wrestler turned actor Dave Bautista made headlines when he answered a fan question on if he would ever star in a movie alongside his fellow wrestlers turned actors The Rock and John Cena, his answer wasn’t what you’d expect. “Nah I’m good!!,” Bautista replied to the question, later clarifying “I figured a visual reference might help. I’d just prefer not to be lumped in. Nothing personal.” Bautista included some reference photos to his previous work with that caption including shots of him from Guardians of the Galaxy, Dune, Blade Runner 2049, and Army of the Dead. Now, one of those stars he “dissed” has a response, and it’s also not what you’d expect.

“I’m super sad about that because Dave Bautista is an unbelievably gifted actor,” The Suicide Squad and F9 star John Cena told Esquire’s Explain This video series (H/T The Hollywood Reporter). “He’s done some amazing work. But I think when someone makes a statement like that, I think the important thing is to try to look at things from their perspective. Dave has worked so hard on his craft and he is so dedicated to his characters and really wants to put forth a body of work that gives him his own identity. I 100 percent understand that.”

He continued, “Dave is one of the nicest guys you’ll ever meet and one of the most generous guys you’ll ever meet. I don’t have any beef with Dave and I really genuinely think Dave doesn’t have any beef with me. He really just wants to be identified and recognized for his work. And I cannot fault him for that. I applaud him for it. To be brave enough to say something like that kind of allows him to go forth on his own and I appreciate that.”

To Cena’s point about how much Bautista cares about his craft, the Avengers: Infinity War and Knives Out 2 star previously made it abundantly clear in an interview with the Tampa Bay Times that he doesn’t like being compared to other wrestlers-turned-actors.

“Do not compare me to The Rock or John Cena. Everyone does it,” Bautista said in 2019, adding that he “hates” the being grouped with those two. “Those guys are wrestlers who became movie stars. I’m … something else. I was a wrestler. Now, I’m an actor.”

Bautista can next be seen in Warner Bros. and Legendary’s Dune while Cena can be seen right now in The Suicide Squad on HBO Max and Vacation Friends on Hulu.