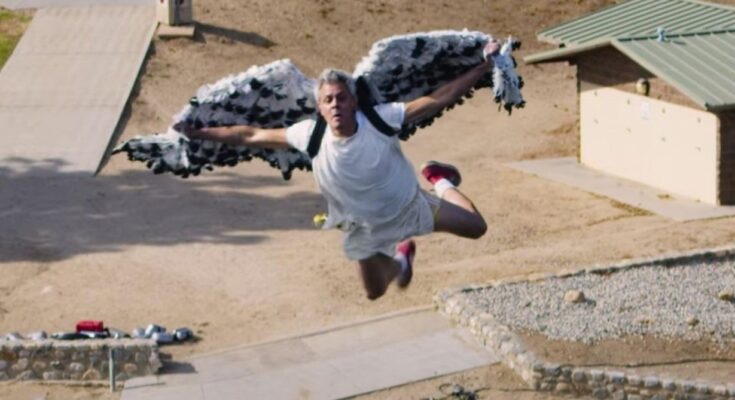 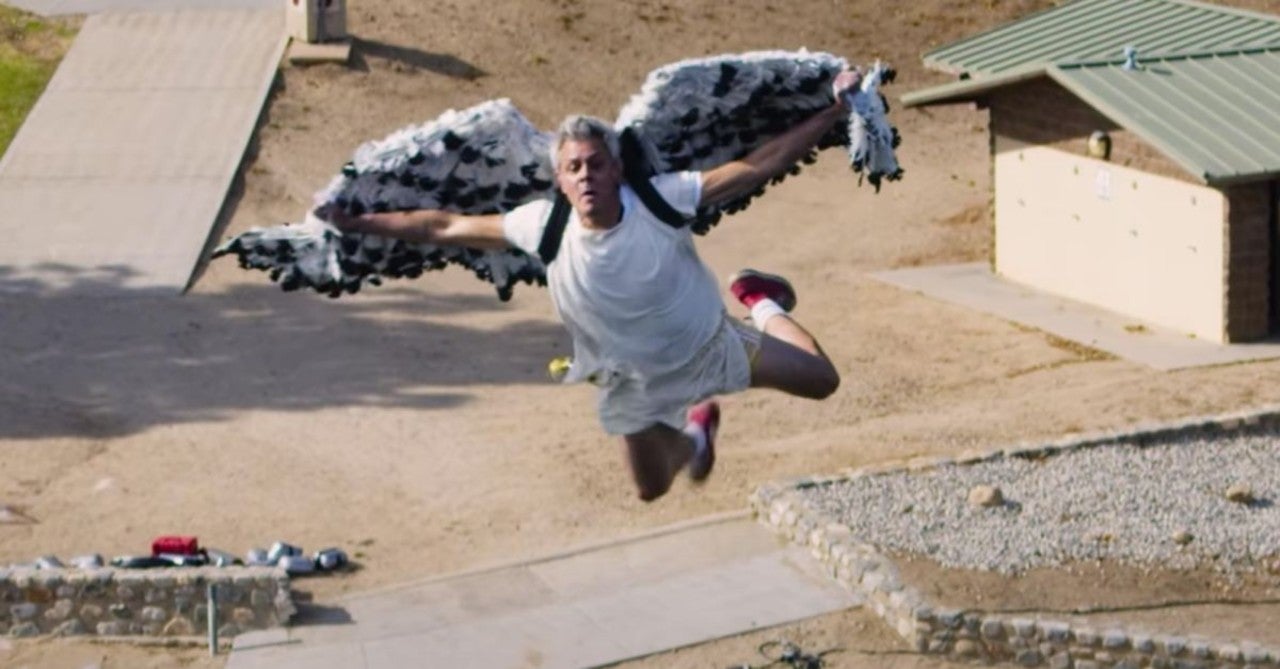 Yesterday brought the tragic news that Paramount Pictures has delayed three of their most anticipated feature films from this until 2022 with the Tom Cruise-starring Top Gun: Maverick moving to May 27, 2022 and Mission: Impossible 7 now set for September 30, 2022. The third of course is the highly anticipated Jackass Forever, the fourth film in the gross-out comedy franchise. Previously scheduled to debut in theaters on October 22, the sequel will not arrive on February 4th, 2022, just in time for Valentine’s Day. To mark the occasion fo the delay, franchise star Johnny Knoxville took a can of spray paint to update one of the billboards for the film.

“Because of covid we are pushing the release date of #JackassForever to February 4th, 2022,” Knoxville wrote on Instagram. “We will see you there.😘P.S. Yes, I’m a brunette again. ” You can watch a video of the vandalism below. As fans of the franchise will no doubt expect, the latest entry in the series will feature much of the cast returning to be on their worst behavior once again. Production on the film was delayed not only by the COVID-19 pandemic when it began last year but also several injuries on set, some of which can even be seen in the first trailer for the sequel.

Not present for the new film will be longtime franchise participant Bam Margera. Despite initially signing on to appear, Margera was removed from the call sheet by producers after some on-set incidents. In the time since then, Margera has been banned from Jackass productions after director Jeff Tremaine was granted a restraining order against the star. Margera previously appeared on social media to bash his former colleagues, while also admitting to struggling with sobriety and his own mental health in recent years. Since all this started he’s filed a lawsuit of his own against Paramount Pictures, MTV Networks, Johnny Knoxville, director Jeff Tremaine, producer Spike Jonze, Dickhouse Entertainment, and others.

“We want Bam to be happy and healthy and get the help he needs,” Knoxville previously told Digital Spy. “We tried to push that along. I think that’s all I really want to say about it. I don’t want to get into a public back-and-forth with Bam. I just want him to get better.”

Jackass Forever will fly into theaters on February 4th, 2022.