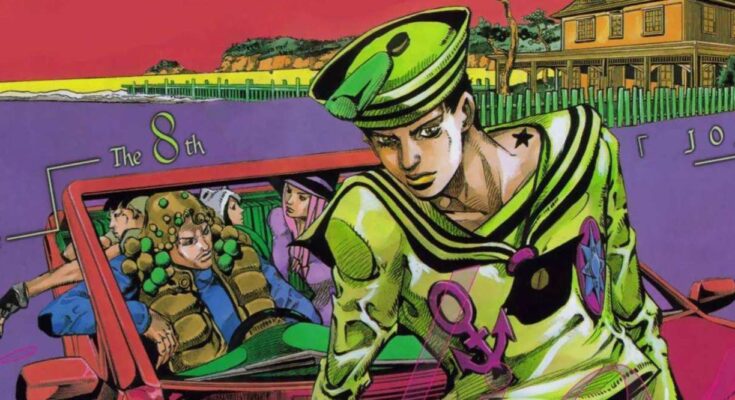 With the news that the Eighth part of JoJo’s Bizarre Adventure was coming to an end via JoJolion, many fans of the Joestars were left wondering if this would be the final chapter of Hirohiko Araki’s popular franchise that began decades ago. Well, it seems that fans have to wait no longer as the ninth part of the franchise has been confirmed with the name of JoJo Lands, proving that Araki is far from done when it comes to the world of the Joestars and the alternate reality world that helped deliver the stories of Steelball Run and JoJolion.

While we don’t have many details regarding what the story of JoJo Lands will be, the final chapter of JoJolion planted plenty of seeds for what the future chapter could be following when it comes to characters. As those who read JoJolion’s final chapter know, the series introduced us to the alternate reality take on Joseph Joestar, giving us a fresh look at one of the characters that had been introduced in Battle Tendency, but proceeded to have a major role in the sagas known as Stardust Crusaders and Diamond Is Unbreakable, with his role now being tied to Josuke of JoJolion fame.

The latest volume of Shueisha’s Ultra Jump confirmed that the series of JoJo’s Bizarre Adventure would be expanding its breadth in the world of manga with this new chapter, which will more than likely continue telling the story of the Joestars in this alternate reality world created by Hirohiko Araki.

JoJo Lands won’t be the only story that Araki is currently working on, as the mangaka is also working on a brand new spin-off story, which will feature several players from the first reality of the franchise, showing the likes of Hol Horse, Pet Shop, Crazy Diamond, and Josuke to name a few. While a name for the spin-off series is being kept under wraps, we would imagine a number of JoJo fans will be excited that the franchise might be returning to the original universe that got the ball rolling on the story of the Joestars.

Are you hyped for the upcoming arrival of JoJo Lands? What do you hope to see in Part Nine of the long-running franchise? Feel free to let us know in the comments or hit me up directly on Twitter @EVComedy to talk all things comics, anime, and the world of the Joestars.