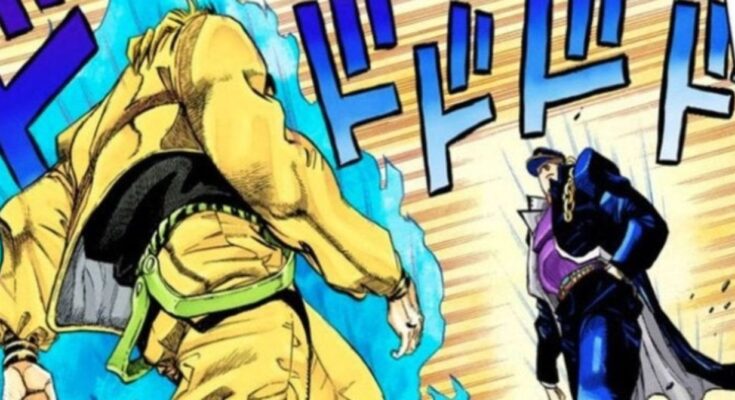 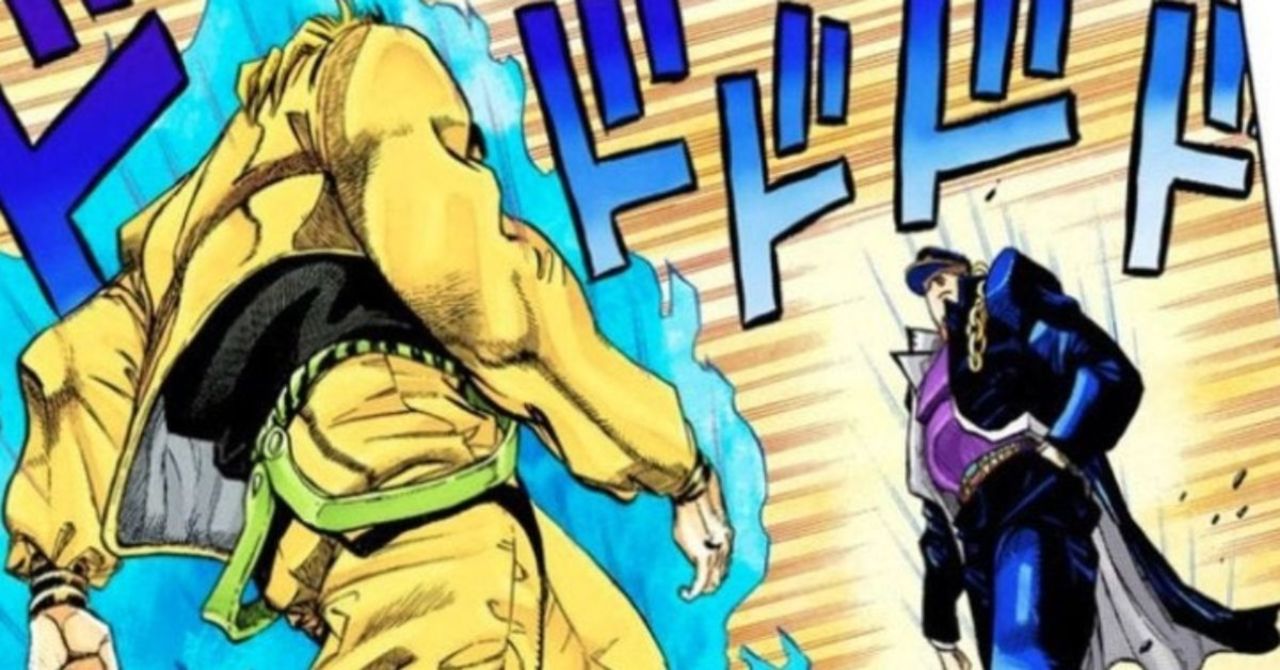 One awesomely creative JoJo’s Bizarre Adventure cosplay gave the famous fight between Jotaro Kujo and Dio a hilarious makeover! Hirohiko Araki’s original manga series might be bringing its eight part to an end soon, and is getting ready to debut an anime for its sixth iteration later this year, but fans of the series are often looking back to what’s come before as there are still some of the most memorable scenes in the entire franchise. This is especially true for the third part of the series, Stardust Crusaders, which shook up the franchise in some huge ways.

Not only did the third iteration of the series introduce Stand abilities (and changed the course of the series’ battles forever), but it also introduced a much stronger version of Dio than we had seen before. This led to what is still held in high regard as one of the best final fights of the series overall, and one that has been referenced by fans in many different ways. Now it’s gotten a hilarious new look thanks to some ingenious cosplay and painting work from Low Cost Cosplay on Instagram! Check it out below:

Dio Brando is such an impacting villain that the saga between the Joestars and Dio is still continuing through the anime to this day. This is actually all going to come to a head with the next iteration of the series, Stone Ocean. The sixth part not only introduces Jotaro’s daugher, Jolyne Cujoh, but will also bring the long running saga between the Joestars and the legendary vampire to an end with its major fights. The final part of Dio’s long running place will begin to take shape in the conflict between Jolyne and her enemy, and it’s something we’ll get to see in action fairly soon.

JoJo’s Bizarre Adventure: Stone Ocean will be releasing worldwide exclusively with Netflix later this December, so thankfully it won’t be much longer until we get to see how this major saga comes to an end. Until then, at least there’s still plenty of time to catch up with the previous five entries and look back at this famous fight between Jotaro and Dio. If not, this is a pretty funny way to re-experience one of the best moments in the series overall.

But what do you think? Where does Jotaro and Dio’s fight rank among your favorite moments in the JoJo’s Bizarre Adventure series overall? Let us know all of your thoughts in the comments!