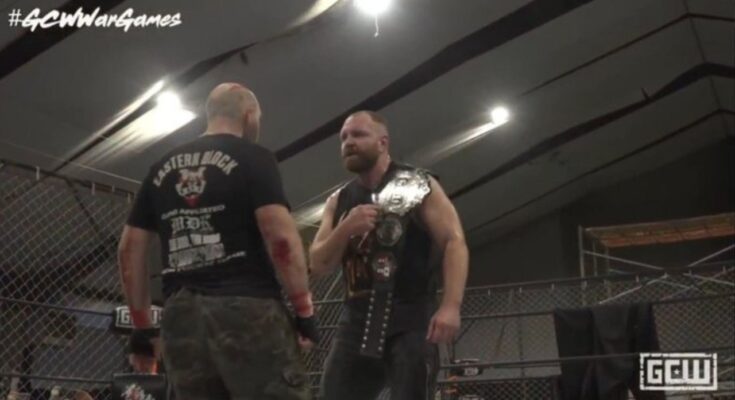 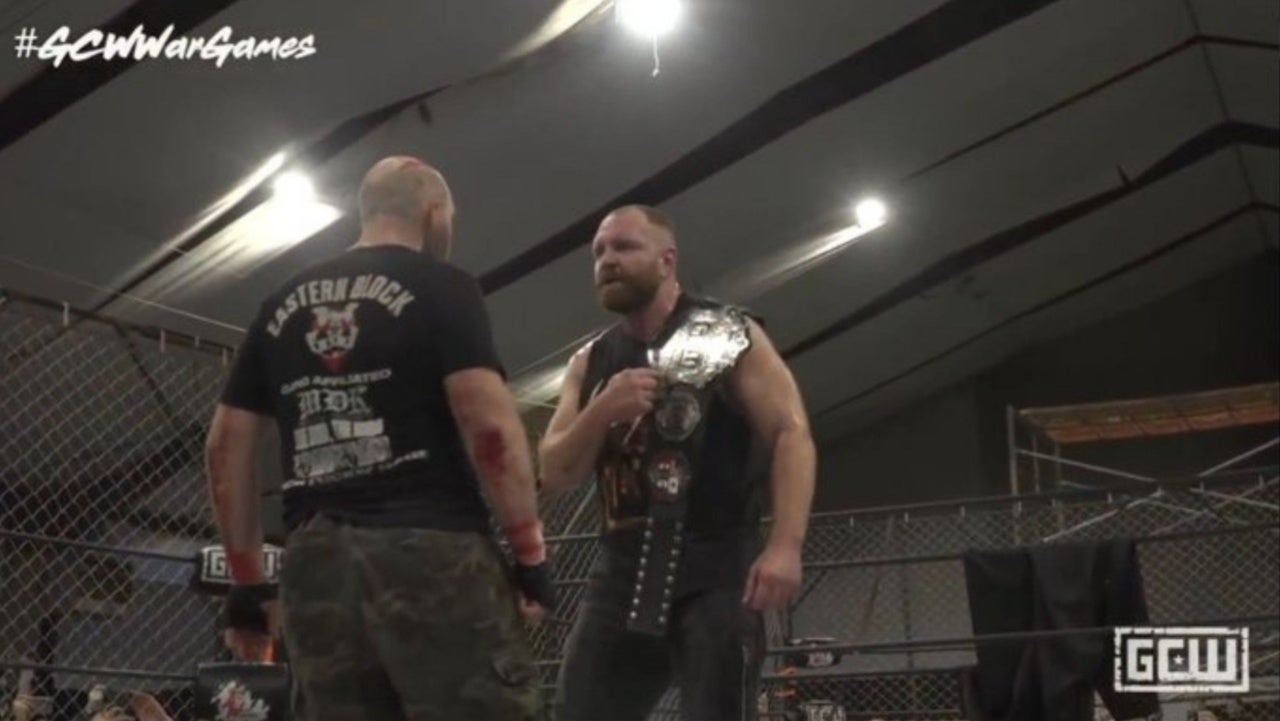 Jon Moxley made a surprise appearance at last night’s GCW The Art of War Games, defeating champion Matt Cardona and setting up a long-awaited deathmatch against Nick Gage. Moxley surprised Cardona by dressing up as a hooded druid (which mirrored Cardona’s initial appearance in GCW) and then hit Cardona with two Paradigm Shifts (one of which onto a pile of glass tubes) before landing the cover and the victory. Immediately afterwards, Gage entered the ring and immediately set up a deathmatch with Moxley, which will take place on October 9th in Atlantic City. This is Moxley’s first reign as GCW World Champion. Cardona’s championship run ended at 42 days. You can check out the moment in the video below:

Moxley’s surprise appearance provided a nice bookend to Cardona’s run in GCW, as the wrestler formerly known as Zack Ryder made his first appearance at GCW by appearing as a hooded druid and using the Paradigm Shift on Gage to troll fans. Since winning the GCW World Championship in July, Ryder trolled fans by repeatedly adopting several WWE-esque mannerisms and gimmicks. Most recently, Cardona introduced a John Cena-esque spinner belt as his new GCW “Universal” Championship belt. The fans of GCW largely reacted to Cardona as you’d expect, with his victory being overshadowed by fans throwing trash and cans in the aftermath.

Moxley and Gage have been teasing a deathmatch for months, but the match was thrown off by Cardona’s surprise appearance at GCW and his brief championship run. Moxley is something of a deathmatch specialist dating back to his earliest days in the indies, and he’s had a handful of ultraviolent matches since leaving the WWE two years ago.

Moxley will return to action tonight at AEW’s All Out PPV, when he will challenge Japanese legend Satoshi Kojima in a match. Meanwhile, Cardona is an Impact Wrestling regular and is teasing that his business isn’t finished with either Gage or Moxley.