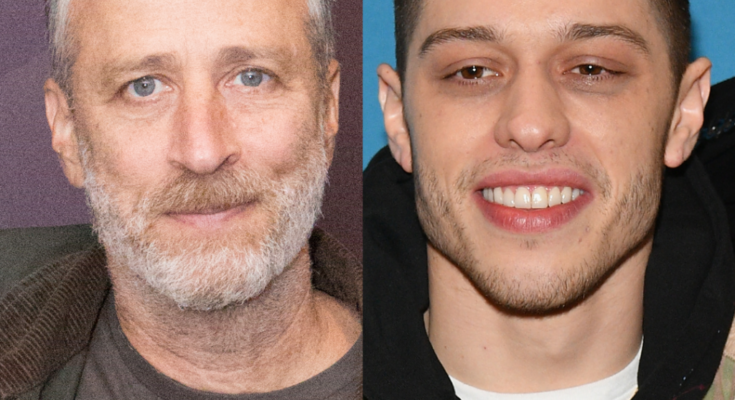 A ceremony to remember 9/11 victims

September 11th, 2021 will be the 20th anniversary of the 9/11 attacks. The terror attack that shook the whole World back then and continues to haunt even after 2 decades. The September 11 attacks were a series of 4 simultaneous attacks against the United States. The attacks were carried out by the terrorist group called Al-Qaeda on the morning of Tuesday of September 11, 2001.

The attacks devastated people all around the globe because 2,996 people lost their lives. And, many people lost their loved ones and 25,000 people were injured. Also, it was revealed that Osama Bin Laden was the perpetrator behind the attacks. And now 20 years have passed since then. Hence, in order to honour those who lost their lives during the attacks Jon Stewart and Pete Davidson are organizing an All-Star comedy event to benefit 9/11 charities.

Jon Stewart and Pete Davidson are one of the best comedians out there. Since, the pair of these legends are teaming up to organize “NYC Still Rising After 20 Years: A Comedy Celebration”. An event marking the 20th anniversary of the 9/11 is being scheduled for next month. Actually, the event will also benefit the 9/11 charities. Here is what the event is all about.

It’s no surprise that the duo is organizing this event. They both have some personal ties attached to the tragic events of 9/11. Pete Davidson lost his father Scott Matthew Davidson who was a firefighter, and was last seen going inside the World Trade Centre. Similarly, Jon Stewart played a major role in passing of the Victim Compensation Fund. Also, a fierce advocate to the victims of the attacks.

The pair wants to put together a fun celebration in order to honour the people. Another, for their bravery & sacrifice and the city for it’s resilience. The show will take place on September 12th, 2021 at New York’s Madison Square Garden.