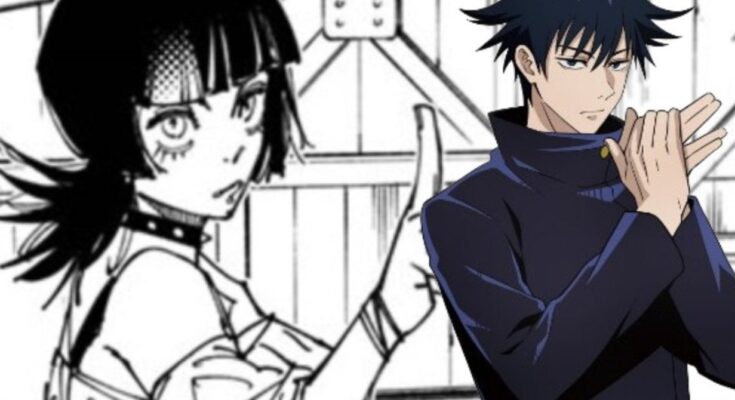 Jujutsu Kaisen finally explained how Kirara Hoshi’s Cursed Technique works with the newest chapter of Gege Akutami’s original manga series! As Megumi Fushiguro and Yuji Itadori continue their efforts in recruiting Kinji Hakari to their side for the upcoming Culling Game, the two of them have found it’s much easier said than done as both Hakari and Kirara are wary of those coming from Jujutsu Tech due to some struggles they have had in the past. As fights have broken out against the third year students, fans have gotten glimpses at their secret Cursed Techniques.

Kirara’s was especially peculiar as it seemed like nothing could get near, but Megumi started to figure out the trick to this strange technique with the newest chapter of the series. As he steadily figures it out, the newest chapter confirms that Kirara’s Cursed Technique is officially named “Love Rendezvous” and we get a breakdown of how this complicated technique actually works and involves the Southern Cross constellation.

After finding the star marks on him and Panda with the previous chapter of the series, Chapter 156 of the series sees Megumi piece together how Kirara’s technique works. He figures out that it’s based on the Southern Cross constellation (which Kirara gives away with a hilarious expression) and determines that there’s an order for which each of those marked can approach one another. This includes objects as well as long as it has cursed energy that Kirara can mark it with.

When he figures it out, the manga then confirms Megumi’s hypothesis is correct. As the manga explains, Love Rendezvous apportions five stars with the Southern Cross motif to target cursed energy. For one of these stars to approach one another, they have to follow a set order or they suddenly pull another star mark with the same designation (Acrux to Acrux, Imai to Imai, for example) toward it quickly. It’s what we see when Panda is suddenly hit by the car that Kirara sends towards him.

The order begins from the nearest to the furthest, and although Kirara can adjust these marks on the fly and send more objects flying, Megumi figures out a loophole and forces Kirara to dispel it at the end of the chapter. So it’s a complicated technique, and makes a lot of sense why Kirara didn’t exactly fit in with the Jujutsu Tech school. It’s so different from other techniques we’ve seen thus far.

What do you think of the explanation for Kirara’s secret Cursed Technique? Curious to see what this means for Hakari’s own secret power? Let us know all of your thoughts about it in the comments! You can even reach out to me directly about all things animated and other cool stuff @Valdezology on Twitter!