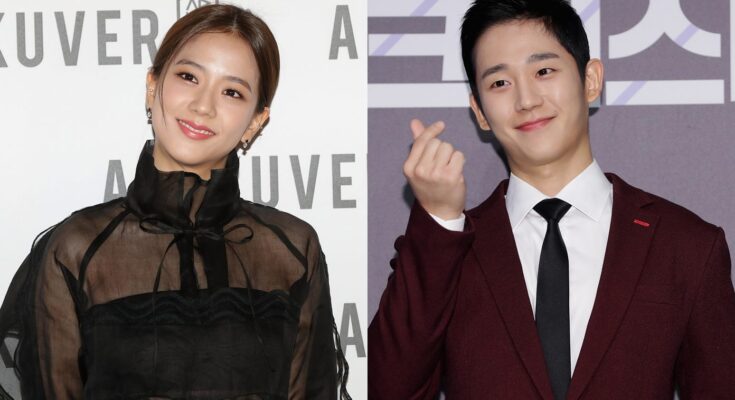 Snowdrop is an upcoming television series set on dark comedy, romance, and melodrama. The show is scheduled to release on JTBC in December 2021. The plot of the show is set against the 1987 Democracy movement. It was the protest that had the purpose of forcing the then-current government in South Korea to hold elections. As a result of the mass protest, the government decided to band over and the elections were held in December 1987. Moreover, these elections also led to the end of the authoritarian rule in South Korea, and a completely democratic government was formed. All of these happened in the sixth republic of Korea.

The teaser poster shows the young lovers looking into each other’s eyes while they are dancing hand in hand. They are under the spotlight at a party while they are dancing. The poster has also a message that says “The blooming of radiant first love.” Jung Hae In plays the role of university student Su Ho who is discovered by a woman’s university student covered in blood. That women university student is none other than Young Ro. She takes his care and also tries to treat Su Ho’s wounds. She does not even care about the dangerous surveillance she is currently in.

However, Su Ho appears to be someone else unlike what he is showing to be.

The romantic drama casts Jung Hae-in, Kim Ji-soo, Yoo In-na, Kim Hye-Yoon, Jang Seung-jo, Yoon Se-ah, and Jung Yoo-jin. It is written by Yoo Hyun and directed by Jo Hyun-Tak. Drama House will be producing the show and it will air in 2021 December.

Ben Affleck and George Clooney Together at ‘The Tender Bar’ Premiere! Excited to Work Together, click here to read the blog.