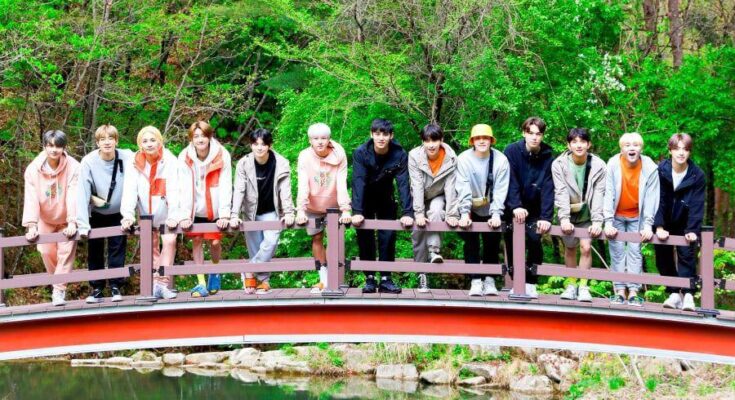 Get ready for some K-pop Adventures!

The fourth-generation K-pop group will be kept one week away from the city enjoying the calmness and cosiness at a home in the woods. Seventeen is Pledis entertainment self-produced K-pop group.

29th August is the date decided for the release of Seventeen’s ‘In The Soop’ on Weverse channel. the show will air every Sunday and Tuesday. the Timings of the show will be 10 p.m. KST/ 9 a.m. ET, it will air eight major episodes.

The episodes will be around 60 minutes long. Fans will also get to see the 10 behind-the-scenes unique Weverse clips. People who are more like JTBC viewers can watch The variety program on August 30 at 11.40 p.m. The show will run every Monday and will include the main episodes of Seventeen ‘In The Soop.’

The unique concept art of Seventeen ‘In The Soop’ has made the fans go crazy over it.

Woozi, Jeonghan, Joshua, DK, Seungkwan, Hoshi, Jun, Dino, S.coups, Wonwoo, Mingyu, and Vernon pose are, encouraging fans to join them on their adventure of the lifetime.

The trailer for Seventeen’s In The Soop shows the K-pop actors having fun while doing several fun outdoor activities in the lush green area. ‘In The Soop’ will have it all, from extreme sports experiences like auto racing to a calm day fishing by the lake.