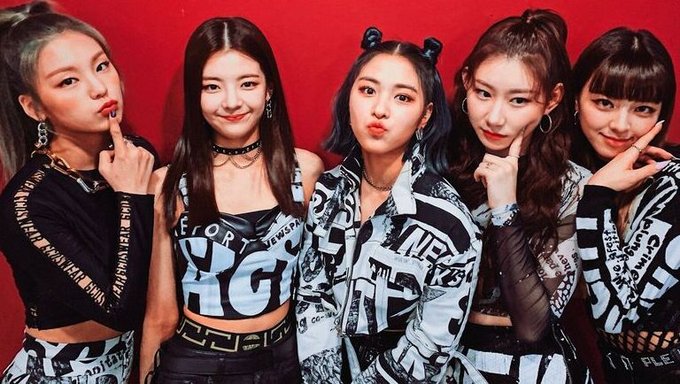 A new K-pop album on its way!

K-pop, which is short for Korean Pop Music, is a genre of pop music which originates from South Korea. And this particular genre of music suddenly grew to fame overnight, all around the globe. ITZY is also one of the K-pop girl groups. ITZY is a South Korean girl group which was formed by JYP Entertainment.

The name ITZY has the meaning of “You have everything we want, right? Of course”. In addition to the meaning of English letters such as ‘it’, it contains the meaning of Korean words like ‘to have’ to underscore that it is a girl group with all of the traits of a girl group. On February 12, 2019 the group debuted by releasing their first album “IT’z Different”. So far, the reaction of the audience to their first debut is stunning and positive.

Members of the group and fast-paced growth

The famous group consists of one Main Rapper, two Rappers and two Main Dancers. Ryujin is the Main Rapper of the group, Yeji and Lia are the two Rappers and Shin Yu-na and Chaeryeong are the main dancers of the group. The group quickly became vogue because of their different approach to the music and got so famous that people have started comparing their music with Blackpinks’.

Owing of their different music approach and success the group has won numerous awards, including 2019 Mnet Asian Music Awards, Best New Female Artist at the 2019 Melon Music Awards and Discovery Award at Seoul Music Awards in 2021.

Up until now, ITZY were busy preparing mini-albums but now you’re going to witness the release of their first full-length album really soon! The group revealed a comeback poster of their new full-length album “Crazy in Love”. And the name of the title track of the album “LOCO” on 13th August at midnight KST. On September 24th, 1 PM KST the album will be released. After their fourth mini-album “Guess Who” and it’s title track “In The Morning” was released. This is the first time ITZY’s making a comeback.