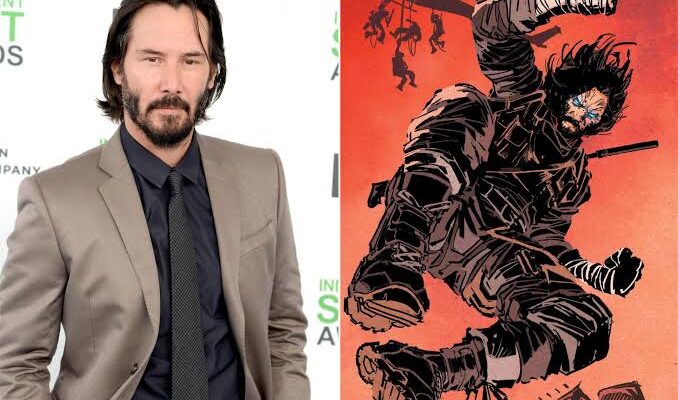 An animated show is also in development

Keanu Reeves has great news for us. The actor created and wrote a comic-book series called BRZRKR earlier this year. It was co-created by Matt Kindt and drawn by Ron Garney and published by Boom! Studios.

Now the John Wick star plans to create the comic’s live-action film as well as an animated series. The story follows an immortal warrior, simply known as B, whose battles stretches through the ages. In the modern day, he’s used as a government weapon in exchange for assisting him to find out his origins. His main goal is to die and rid himself of all the suffering he’s endured.

In an interview with Collider, Reeves gave an update about BRZRKR, and said the live-action movie will be R-rated for Netflix. He also added that Netflix was “very cool” to work with. Reeves’ intention is not to do a filmed version of the comic book, and is interested in the creative direction of other storytellers. The live-action script is currently in development by The Batman writer Mattson Tomlin. Reeves is currently scouting different animation studios to helm the animated series for BRZRKR.

Reeves might be one of the best human beings to exist, but he’s known most for the violent and action-oriented roles he’s played. BRZRKR doesn’t fall short on violence either. In fact, calling the book “violent” is an understatement. But it’s still one of the coolest and entertaining comics to hit shelves in recent years. The main themes in the series are bloodlust and the burden of immortality. If the movie becomes a success, it can join the list of franchises that Reeves is famous for.

Reeves is next set to appear in Matrix Resurrections, the fourth film in The Matrix series, and will begin shooting John Wick: Chapter 4 this Spring.

Also read: Four Returning Netflix Original Series That You Should Look Forward To