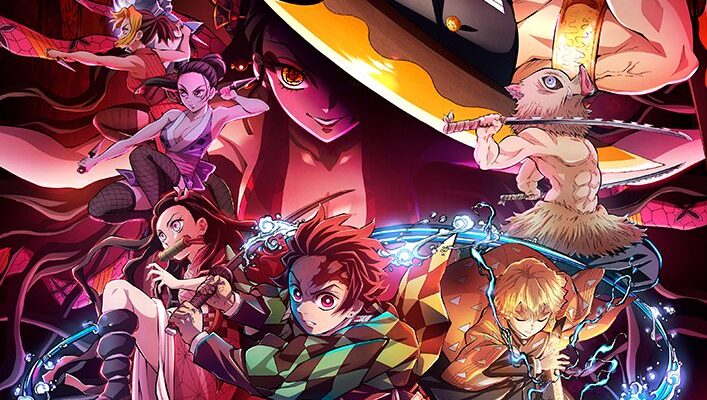 The first episode of Demon Slayer: Kimetsu no Yaiba ended on a bittersweet note. The anime went with a movie to adapt its “Infinite Train” arc. The movie was a major hit and as usual, made the audiences cry. And now, we have reached season 2. But the first episode was more of a recap of the movie for those who were not able to watch it.

The first episode focused on the Flame Hashira, Kyojuro Rengoku, the star of the movie. It follows his solo adventure as he investigates the Mugen Train before boarding it. The episode helps us know his character more, and the impact he made on the people around him. For the fans who saw the movie, this was a bittersweet experience as they got to see Rengoku being everyone’s big bro until his death at the hands of Akaza the demon once again. We also got to see him rescue a grandmother and her granddaughter before he boards the train.

His father had saved this old lady 20 years ago, and Rengoku says he will tell his father all about it, and even says he will meet her again.

The above sequence was a good farewell to the Flame Hashira, and now we can move on to the next arc. Tanjiro and his team will join the Sound Hashira Uzui Tengen, as they look for demons in Yoshiwara. But what remains to be seen is whether we get to see Tanjiro meet Rengoku’s father and younger brother. It was a pivotal scene to the story as Rengoku’s father gets to appreciate his son more after he hears of his sacrifice. We can expect to see it in episode 2.

Also read: ‘THE PRINCE OF TENNIS’ ANIME RETURNS WITH A NEW SEASON AFTER NEARLY A DECADE!